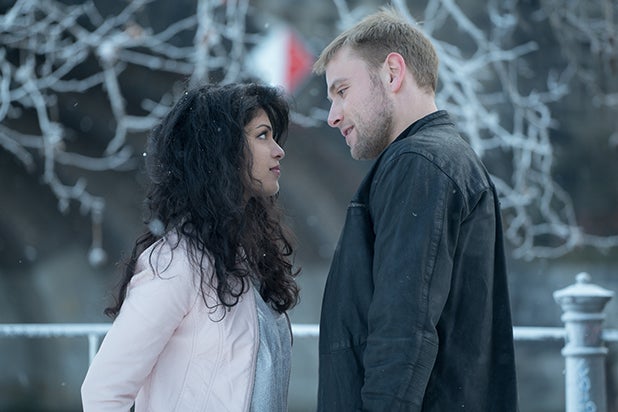 Netflix unceremoniously canceled “Sense8” on Thursday, sending shockwaves through the Twitter community. In other words, fans were pissed.

Show producers took the high road about the bad news, posting the following on the social media platform:

Thank you for being a part of our journey. Sensates forever. pic.twitter.com/SClwiY3rwy

Reactions from fans of the two-season series weren’t as grateful and measured — especially considering the LGBT-friendly show met its end on the very first day of Pride month. Below are some of their responses (that are clean enough to post here).

Can we also talk about the fact that #Sense8 , the show with the best LGBTQ characters, got cancelled in #PrideMonth ? #Pride2017 pic.twitter.com/smdgNvbR01

We will never watch them meet in person ????????what's wrong with you #netflix ?! #Sense8 pic.twitter.com/ioTFlOdg6e

I hope everyone is having a good day EXCEPT these Netflix producers who cancelled #Sense8 pic.twitter.com/fc6IaHC8Z2

I don't understand how you renew 13 Reasons Why when we KNOW all the damn reasons but NOT #Sense8?! pic.twitter.com/9NYIrgYGWb