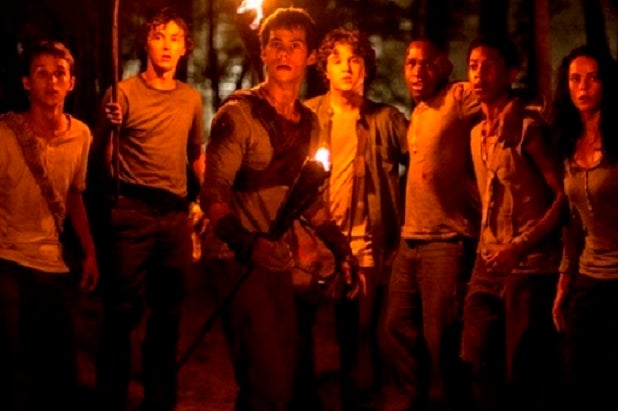 That’s down 11 percent from 2013, according to Box Office Mojo, and the lowest total since September of 2008. The swoon comes on the heels of a record-breaking August, which was driven by “Guardians of the Galaxy” and “Teenage Mutant Ninja Turtles,” and leaves the year’s overall box office down 5.5 percent.

That all but assures 2014 won’t match last year’s record domestic haul. At $2.5 billion, the third quarter also hit a six-year low. If 2014 is to match last year, the fourth quarter would have to hit $3.2 billion, well over the current record of $2.75 billion.

The start of school and the onset of football season traditionally take a toll on the box office in September, typically the slowest month of the year.

The young adult epic “The Maze Runner,” which opened to $32.5 million, was the month’s top-grosser with $60.2 million. Just as importantly for distributor Fox, it launched a franchise.

The Idris Elba-Taraji P. Henson thriller was the runner-up for the month with $47.2 million for Sony, after it debuted to $24.3 million. Another Sony release, Denzel Washington‘s “The Equalizer,” closed the month on a high note with a $34.7 million debut.