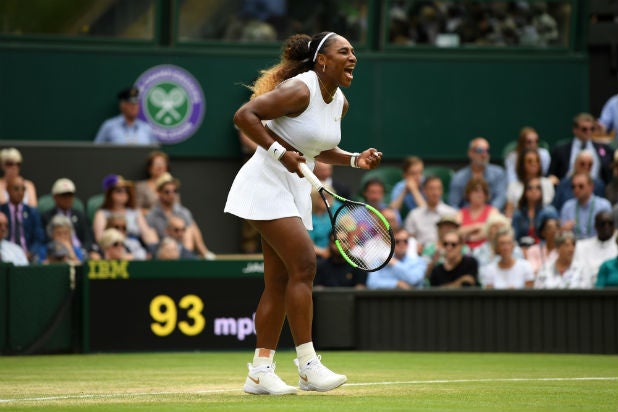 Serena Williams is currently playing in the quarterfinals at Wimbledon, but her much-talked-about exit from last year’s U.S. Open that was the topic of a personal essay that she wrote in August’s issue of Harper’s Bazaar that was published on Tuesday.

Williams was fined $17,000 after she lost to Naomi Osaka in straight sets following a game penalty in the second set of the final, then called umpire Carlos Ramos a “thief,” and accused him of sexism and demanding an apology.

The tennis icon, who holds the record for 23 Grand Slam singles titles, went on to become the target of media outcry — with some attacking her for “being a sore loser” and unprofessional, and others pledging their support and saying she was “robbed.”

Williams also struggled to move on from the incident. “Every night, as I would try to go to sleep, unresolved questions ran through my mind in a never-ending loop: How can you take a game away from me in the final of a Grand Slam?” she said. “If I were a man, would I be in this situation? What makes me so different? Is it because I’m a woman?

“I started to think again, What could I have done better? Was I wrong to stand up? Why is it that when women get passionate, they’re labeled emotional, crazy, and irrational, but when men do they’re seen as passionate and strong?’

“I tried to compare it to other setbacks I’d had in my life and career, and for some reason I couldn’t shake the feeling that this was about so much more than just me,” Williams continued.

“Days passed, and I still couldn’t find peace. I started seeing a therapist,” she said. “I was searching for answers, and although I felt like I was making progress, I still wasn’t ready to pick up a racket.”

The 37-year-old finally found peace by reaching out to Osaka to apologize, and with the realization that the on-court altercation went beyond tennis. It “exemplified how thousands of women in every area of the workforce are treated every day,” she said.