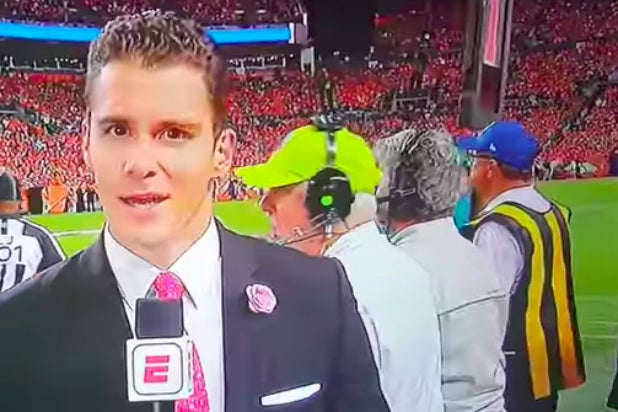 Sergio Dipp had a night to forget in Monday, which unfortunately is not something the internet is particularly prone to doing.

The new ESPN “Monday Night Football” sideline reporter gave viewers a really rough check-in during the late game last night, which drew plenty of jokes, memes, and eventual support from social media. Before we get to those, however you HAVE to watch the cringe-inducing report in question as Dipp introduces new Broncos coach Vance Joseph.

Try to get through the whole thing here:

The big stage and English-language reporting may have been an issue, but Dipp knows the game — he covers the NFL out of Mexico City for ESPN Deportes. Dipp later addressed the moment from his hotel room, asking for another chance. Between ESPN’s high opinion of the 29-year-old and the internet’s new obsession with him, that will be a given.

Still, watch Dipp’s all-class plea here — and try not to feel like too much of a jerk over your jokes from last night:

As for the rest of Twitter, well, here are some other users’ hot takes:

Replace the bottom score ticker with just a timer of when Sergio Dipp is returning to air. I’m not even kidding. https://t.co/MgohEDTCVp

We go back now to Sergio Dipp… pic.twitter.com/0a1wp3R5cY