For those of us who’ve run out of excuses when we’re busted reading the National Enquirer or TMZ, I’ve got a new one: These stories have legitimate industry business value.

Seriously. (Just make sure to say it with a straight face.)

Buried under all the current mindless celebrity gossip are some interesting issues, questions and problems yet to be raised. That’s probably because a tattooed Nazi-loving stripper goth chick is still a better headline. 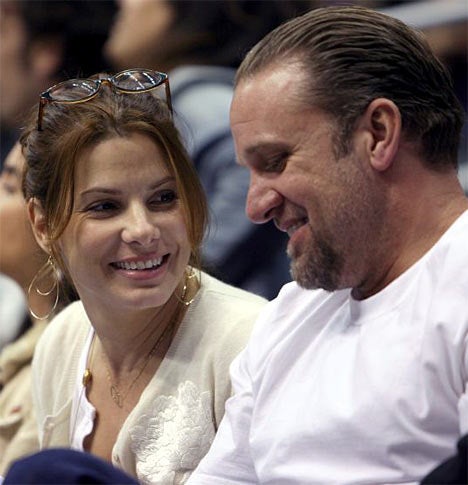 Which leads us first to the Sandra Bullock/Jesse James mess. The industry angle to consider: James might have ended not only his marriage but his lucrative TV and endorsements career, too. Certainly boosted by the Bullock hook, James successfully marketed himself from bad-ass chopper builder to tough guy with a heart of gold and reality show darling. He’s had a Discovery Channel series, been a “Celebrity Apprentice” and currently hosts Spike network’s “Jesse James Is a Dead Man.” He’s featured alongside Eric Clapton, Whoopi Goldberg and Phil Jackson in the current T-Mobile campaign.

I wouldn’t be surprised if even Osama Bin Laden released a video in support of Bullock. With the world taking her side (even comments on the testosterone-filled Spike site bash James), the networks and sponsors will stay away, too. By the time James regains any level of respect, his 15 minutes of fame probably will be over.

What to watch for: The tabs are reporting that divorce lawyers are being considered. If there’s indeed a breakup, watch to see how James — whom The Donald himself called “cunning” — cuts a deal aimed at salvaging his tarnished rep. In the meantime, I haven’t seen his T-Mobile spots lately.

The tabs can’t stop bringing us more Tiger Woods-staged publicity and fresh hijinks dreamed up by his mistresses. I only hope his sexual encounters lasted longer than his ESPN and Golf Channel interviews.

The industry angle to consider: Marketing and branding types are following these stories to figure out two things. First: What bomb drops next? The judiciously timed rollout of the sexts suggests more to come, which 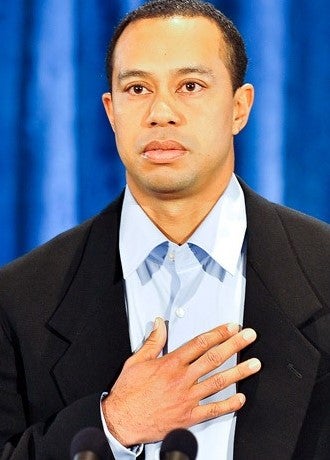 postpones any serious re-evaluation of Woods’ image and future potential. Also: Has Woods simply lost his relevance? Thanks to his overly choreographed appearances and his wooden delivery, he’s become something worse than a sex addict: a dull personality.

What to watch for: How many more ways that ubiquitous Nike logo can get worked into those photo ops. I’m surprised Team Tiger hasn’t branded it on his kids’ foreheads. Whether it’s Nike pushing for the exposure, or the Woods camp thinking it’s a courtesy, please make it stop. I’m waiting to see it turn up on Joslyn James’ tank tops.

Isn’t it amazing that after years with a decent, even dull reputation at CNN, Christiane Amanpour gets tagged “diva” the moment she lands at ABC? Gossip tales — starting with her demand to take a European-length summer vacation — have been trickling out since she beat ABC insiders for the plum “This Week” hosting gig.

The industry angle to consider: Network TV newsrooms are by nature full of court intrigue, and ABC is considered the most proficient at it. With all the top news jobs there now filled, we expect restlessness among the second-string talent, particularly those who were in play for one or more of the openings and who might have contract windows opening up.

What to watch for: Nasty Amanpour items. Katie Couric might finally get some relief.

Finally, there’s been some half-hearted coverage by the tabs about Octomom’s impending home foreclosure proceedings, set to happen this week if she doesn’t pay nearly $455,000.

The industry angle to consider: The fact that no reality show producer, gaming website, British tabloid or crazy billionaire headline-seeking bachelor has stepped up to help means she is officially old news.

What to watch for: A large inhabitable shoe.