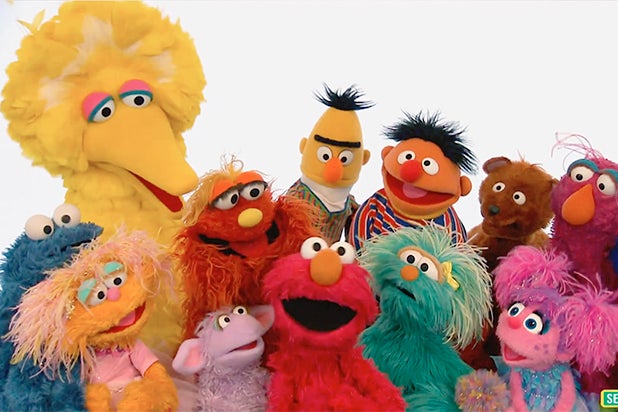 The “Sesame Street” movie from Warner Bros. and MGM is being pushed back five months to the summer of 2021, moving back from a January 2021 release date, Warner Bros. announced Tuesday. The film will now open June 4, 2021.

TheWrap previously reported that shooting on the film had been delayed nine months until April 2020, but that it was still on pace to hit a release date on Jan. 15, 2021.

Anne Hathaway stars in the film that “Portlandia” creator Jonathan Krisel is directing based on the long-running kids program, with comedian and director Bo Burnham contributing songs to the film.

Warner Bros. is also giving “Just Mercy,” starring Brie Larson, Michael B. Jordan and Jamie Foxx, an Oscar qualifying run by giving it a limited release on Christmas of this year before going wide on its previously announced release date of Jan. 10, 2020. That film reunites Larson with her “Short Term 12” director Destin Daniel Cretton, and it stars Jordan as the civil rights attorney Bryan Stevenson and details the case of a death row prisoner whom Stevenson fought to free.

Finally, “Blinded by the Light,” Gurinder Chadha’s period comedy inspired by the music of Bruce Springsteen, is being pushed back two days to open on Aug. 16, 2019.

Mike Rosolio wrote the first draft of the screenplay for the “Sesame Street” movie, with Chris Galletta having written the most recent draft. Shawn Levy is producing with Michael Aguilar.

Levy has been developing the project since 2012 when 20th Century Fox held the rights. Jesse Ehrman is overseeing for Warner Bros. Sesame Workshop, the nonprofit educational organization behind the longstanding children’s program, will be involved with the development of the project.