One of the most sought-after lost episodes of “Sesame Street” has been unearthed by Internet archivists, as a rare encounter between Big Bird and the Wicked Witch of the West from “The Wizard of Oz” is now available to view online.

Back in 1976, actress Margaret Hamilton was asked by Sesame Workshop to reprise her role as the Wicked Witch for a “Sesame Street” episode, 37 years after her iconic “Oz” performance opposite Judy Garland. The 73-year-old Hamilton agreed, filming a sketch teaching children to face their fears in which The Wicked Witch demands that the denizens of Sesame Street return her broom, even threatening to turn Big Bird into a giant feather duster.

But according to the show’s producers, the episode prompted hordes of angry parents to call in, complaining that the Wicked Witch had terrified their children. As a result, Hamilton’s appearance on “Sesame Street” was never re-aired on television or released for home viewing, though it was archived in the Library of Congress for public viewing.

You can check it out by clicking here. 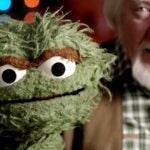 One of the rare instances in which the episode was publicly shown outside the Library of Congress was in 2019 for “Sesame Street: Lost and Found,” a special presentation at the Museum of the Moving Image in New York where the show’s writers presented “Sesame Street” episodes that only aired once.

But now, the Wicked Witch’s bitter visit to Sesame Street has been leaked onto the Internet thanks to Reddit users on the “Lost Media” subreddit. Alternate links to the video have also been posted by the archivists — likely against Sesame Workshop’s wishes — on other websites including archive.org to keep the episode circulating among the public.

Interestingly, this wasn’t the only time during the ’70s that Hamilton appeared on a famous PBS children’s show; she also appeared on an episode of “Mister Rogers’ Neighborhood” a year before her “Sesame Street” cameo. The difference between the two appearances was that she was herself as part of Mister Rogers’ lesson on acting, even putting on her “Oz” costume for him. Unlike “Sesame,” her talk with Mister Rogers was re-aired several times over the years.