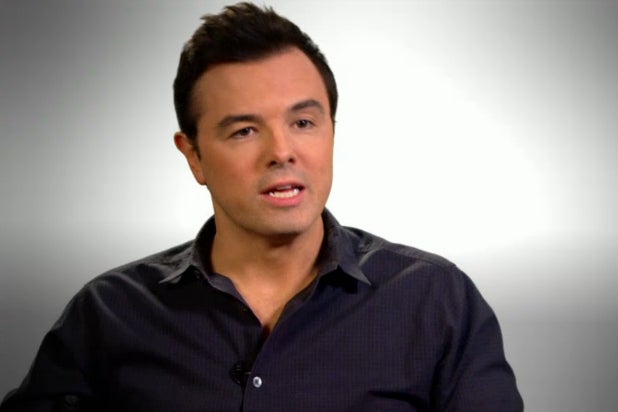 The first was using the kind of outrageous material usually reserved for animated shows. The second was filming it all as a multi-camera sitcom, the only one on the network. So far, they have not exactly paid off in the form of strong ratings.

But in TheWrap’s new exclusive featurette, creator Seth MacFarlane, who has successfully pushed the envelope many times in the past, says he knew what he was doing.

“The goal was really to take that format and contemporize it and keep those things that are comfortable and inviting to an audience, but inject something new and something untried,” MacFarlane said.

“That was the pitch. We were talking about the kind of provocative multi-camera shows that we all grew up on: Everything from “All in the Family” to the “Golden Girls,” where they were highly comedic, but dealing with relatable social issues and about archetypes that everyone could relate to,” star Seth Green said in the video.

“The sitcoms that I love and that really make me laugh — even if I’m sitting alone in my house on my couch watching television … are all multi-camera sitcoms,” he added.

For now, “Dads” has a long, long way to go to be compared with those classic comedies. The show is three episodes into its original six episode order and not faring well, receiving a 1.3 rating/4 share in the advertiser-coveted 18-49 demographic, along with 3.1 million viewers.