Wednesday night was Climate Night across all of late-night TV, with the hosts from “The Tonight Show,” “Late Night,” “Jimmy Kimmel Live!,” “The Late Show,” “The Late Late Show,” “The Daily Show,” “WWHL” and “Full Frontal” all addressing the issue of climate change. For Seth Meyers, that meant updating Billy Joel’s classic song “We Didn’t Start The Fire” into a much bleaker anthem.

“This is how bad climate change is getting: wildfires in the west, floods in the east, freezing cold in Texas,” Meyers said. “Billy Joel’s gonna have to write an update for 2021 and call it ‘Actually We Did Start The Fire.” 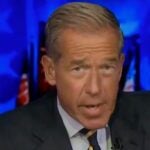 But in reality, Joel won’t have to do that — because Meyers already took care of it himself. The host “reluctantly” burst out into song, never missing a beat as he sped through a verse that touched on everything from the recent flooding of subway stations in New York to “Mare of Easttown” and “Ted Lasso.”

And that wasn’t even the end of it — Meyers then treated viewers to a second verse that found him shouting out everyone from Jean Smart to Rudy Giuliani, and ending with the apt cry, “We can’t take it anymore!”

“Say what you will… that’s not a worse song than the original,” Meyers quipped when he was done.

You can see Meyers’ full Billy Joel parody in the video above, starting at the 4:32 mark.