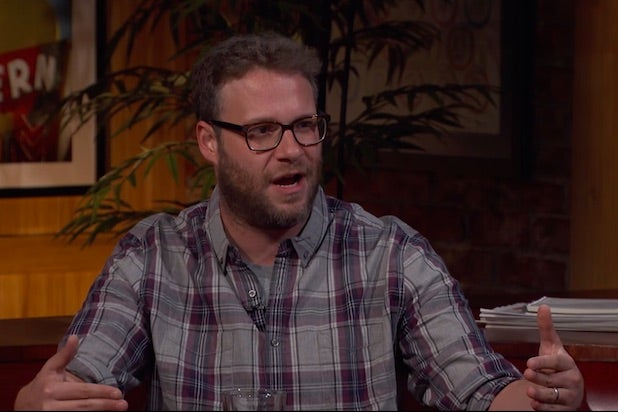 Seth Rogen, who is producer on the upcoming R-rated film “Good Boys,” has apologized after reports surfaced that a stand-in child actor had his skin darkened with makeup to film a scene.

According to TMZ, the stand-in was brought in for one of the film’s young cast members, Keith L. Williams. While both boys were African-American, Williams had a darker skin tone, so makeup was used to darken the shade of the stand-in’s skin.

“This shouldn’t have happened, and I’m terribly sorry it did,” Rogen said in a statement, “I won’t give excuses for why it happened. I’ll just say that as soon I was made aware of it, I ensured we put an end to it – and I give my word that on any project my team and I are involved in, we will take every precaution to make sure something similar does not take place again.”

Rogen added, “I’m engaging in conversations to make sure I find the best way to do that. It’s on me to be proactive. Reacting isn’t enough.”

Written and directed by Lee Eisenberg and Gene Stupnitsky in their directorial debut, “Good Boys” stars Jacob Tremblay as the leader of a quartet of kids who skip school and go on an adventure through the San Fernando Valley to get a broken toy fixed.

Also Read: Seth Rogen Says Twitter CEO Jack Dorsey 'Does Not Seem to Give a F--' About White Supremacists

Rogen is producing with his writing partner Evan Goldberg, along with James Weaver of Point Grey Pictures and recently named Lionsgate Motion Picture Group heads Joe Drake and Nathan Kahane through their Good Universe label. Universal will release the film next summer.

Representatives for Good Universe and Universal Pictures did not immediately respond to TheWrap’s request for comment.