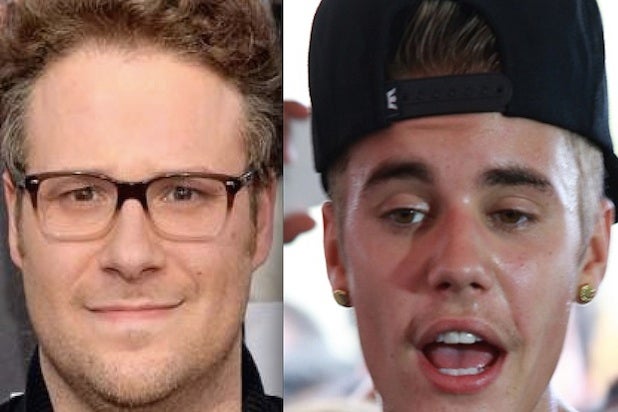 Seth Rogen explained to Howard Stern Monday why he tweeted that fellow Canadian Justin Bieber was a piece of sh-t.

“How do you know Justin Bieber?” Stern asked.

“I’ve met him a few times,” Rogen said. “He’s a good example of someone who you meet who you think you are going to hate and then you get to hate him as much as you could.”

“You meet him and he lives up to every one of your expectations of how you hope he’ll be,” Rogen said.

The “Neighbors” star said he met him backstage at a German talk show a few years back when the pop star said he wanted to meet the comedian.

However, once the two were introduced, Bieber made it seem like Rogen was the one who asked to meet him.

“I saw him again at like an MTV awards show, he literally had a snake wrapped around his f-cking wrist that he was wearing as an accoutrement,” Rogen said. “I talked to him for like five minutes and I just like, I remember thinking, ‘f-ck this kid.'”