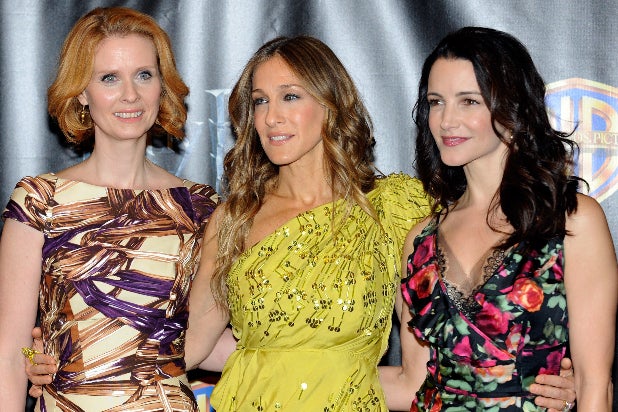 The revival of “Sex and the City” will take place in a New York City that has been through the COVID-19 pandemic and is grappling with the effects of it, Sarah Jessica Parker said of the show.

Parker, who played Carrie Bradshaw for the six-season run of the show on HBO, told Vanity Fair that when the show returns as a limited series on HBO Max, the pandemic will “obviously be part of the storyline.”

“That’s the city [these characters] live in. And how has that changed relationships once friends disappear? I have great faith that the writers are going to examine it all,” Parker said of the series revival.

That’s not the only facet of 2021 that will follow “Sex and the City” into its new season. It’s possible Carrie may even have a podcast. Parker also said that though she’s still unsure what specific storylines the writers will cook up, they will all be about where the women are in their lives now that they’re in their 50s, adding further that Miranda and Charlotte are both mothers of teenagers.

Also Read: 'Sex and the City' Revival: Where Did We Leave Carrie, Miranda and Charlotte?

“Who are they in this world now? Have they adapted? What part have they played? Where have they fallen short as women, as friends, and how are they finding their way? Did they move with momentum? Are they like some people who are confused, threatened, nervous?” Parker said. “What is their life like? For Carrie, who doesn’t have family beyond her friendships, where is she professionally? How have all of these political changes affected her work? Is she still writing a column? Has she written any more books? Or does she have a podcast? What does fashion mean to her now? How have the friendships changed or not changed, and has her social circle grown?”

When the new chapter to “Sex and the City” returns it will be titled “And Just Like That…” and will see Parker, Cynthia Nixon (Miranda) and Kristin Davis (Charlotte) reprising their roles from the original series, and creator Michael Patrick King will be back to executive produce.

Kim Cattrall, who played Samantha Jones in the original “Sex and the City,” however, will not be returning, leading fans to speculate how the show will deal with her absence. Parker has previously told TMZ that the show will not recast the role and that the fourth character of the show is New York City itself.