That’s how the cringe-worthy 2-minute trailer for Netflix’s new series “Sex Education” begins, letting viewers know right off the bat this story about sex therapist Jean (Anderson) and her teenage son, Otis (Asa Butterfield), is going to be horrifyingly hilarious in the most awkward of ways.

In the clip, which the streamer dropped Wednesday ahead of the show’s Jan. 11 launch, Otis begins to realize he can actually turn his embarrassment over his mother’s profession into a lucrative trade, as he and his friends start an underground sex therapy clinic at their high school.

Here’s the logline for the series:

Otis Milburn (Asa Butterfield) is an inexperienced, socially awkward high school student who lives with his mother, Jean (Gillian Anderson), a sex therapist. Surrounded by manuals, videos and tediously open conversations about sex, Otis is a reluctant expert on the subject. When his home life is revealed at school, Otis realizes that he can use his specialist knowledge to gain status. He teams up with Maeve (Emma Mackey), a whip-smart bad-girl, and his best friend Eric (Ncuti Gatwa) and together they set up an underground sex therapy clinic to deal with their fellow students’ weird and wonderful problems. Through his analysis of teenage sexuality, Otis realizes he may need some therapy of his own.

The series was produced by Eleven for Netflix.

Watch the trailer above and see the key art for “Sex Education” below. 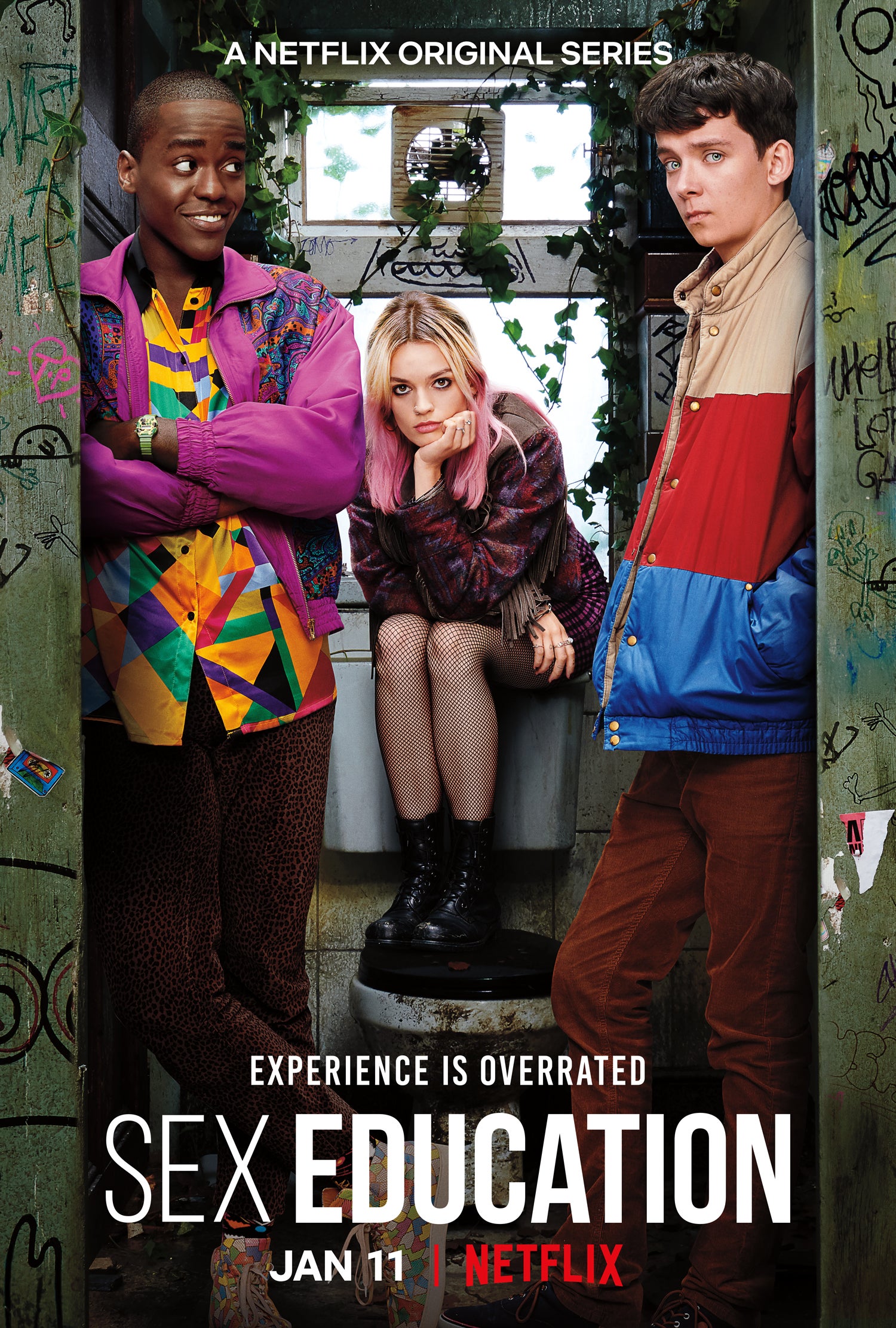