NBC is hoping the small army of lovesick souls who made the star-studded "Valentine’s Day" a craptastic $110 million hit will want to show up for a weekly series about another group of less-famous-but-still pretty people who find themselves dealing with the ups and downs of love’s rollercoaster.

Unfortunately, the way it’s trying to pull off this feat is doomed to failure — at least according to the official TV rulebook. 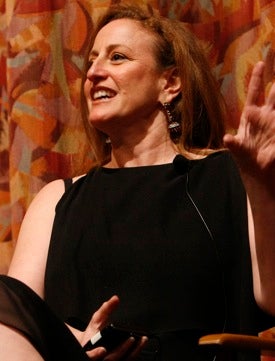 The Peacock’s vehicle for wooing women (and perhaps a few of the men in their lives): "Love Bites," a romantic comedy that’s being written by "Sex and the City" alumna Cindy Chupack (left) and produced by Working Title, the folks behind iconic rom-com features such as "Love Actually" and "Four Weddings and a Funeral."

Sounds promising, except the project — still just a pilot, but with lots of red-hot buzz surrounding it — is an anthology, which means every episode will feature three different, self-contained stories every week.

And as anyone with half a brain in Hollywood will tell you, anthologies long ago joined westerns and Arsenio Hall’s career in the dustbin of TV history.

That’s probably why the development regime of former NBC chief Ben Silverman balked at the "Love, American Style"- esque concept of "Love Bites" when it was first pitched to the network two years ago.

And exactly why the new team at the Peacock decided to dust off the script and go for it.

"They wanted to swing big this year," says Shelley McCrory, a former NBC exec who’s exec producing "Love Bites" via her role as head of Working Title TV. "They know they have to be different, and doing something people say you can’t do is a great way to get people talking, and hopefully a great way to get a hit."

This is where being a fourth-place network with nothing to lose came in handy: It lets you try things other, more successful outlets would never dream of doing.

Like when the upstart Fox network decided to tackle primetime animation with "The Simpsons," resurrecting a genre that had been dormant since "The Flintstones." Or when a struggling ABC greenlit "Desperate Housewives," despite the numerous naysayers who insisted serialized storytelling couldn’t work in the era of "CSI" and "Law & Order."

It also helped that Chupack never gave up on "Love," even after NBC first passed.

"I’ve been wanting to do this for so long," she says. "I’m such a fan of the ‘Modern Love’ column in the New York Times and ‘This American Life.’ I never understood why this couldn’t work on television. … Even though (the first development process) was very respectful, I never let it go. I even started doing films because I couldn’t imagine a TV show I’d rather do than this one."

So Chupack was ready when Bromstad, prompted by a 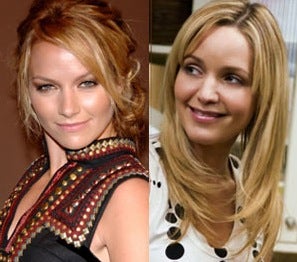 member of her development team, decided to resurrect "Love."

Still, NBC didn’t want to completely ignore the lessons of TV history. Conventional wisdom has it that the reason anthologies haven’t worked in the past 40 years — even Steven Spielberg struck out with "Amazing Stories" back in the 1980s — is because viewers need to be invested in characters as a series evolves.

Bromstad asked Chupack if there was a way to keep the anthology format, but somehow give viewers a reason to make return visits.

The writer’s solution: Make series regulars out of two characters introduced in the pilot’s first vignette — Frannie and Annie, the last remaining single ladies in a group of late twentysomething gal pals.

"When people I respected read the script, the characters everyone responded to were Frannie and Annie," Chupack says. "Ugly Betty’s" Becki Newton was cast as the virginal Annie, while Jordana Spiro ("My Boys," pictured at right, above, with Newton) was hired to play the sluttier Frannie. 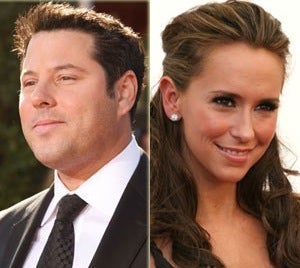 As McCrory explains, the duo are "now the connective tissue of the show, the two people viewers can count on seeing every week."

Just how they’ll be worked into future episodes is still being discussed.

"They may both appear in the foreground of one segment, or one of them might be in the background of another story," McCrory says.

And it’s possible other characters, both in the pilot and future episodes, could come back.

"The concept is the show could be like ‘Saturday Night Live,’ where if the sketch works, you can revisit the character again," Chupack says.

If it goes to series, "Love Bites" plans to do a lot of stunt hiring, both in front of and behind the camera. The pilot features appearances by Jennifer Love Hewitt, Charlyne Yi, Greg Grunberg and Larry Wilmore.

It’s also easy to see NBC encouraging the stars of its Thursday comedies to stop by for a visit to "Love Bites." That would be particularly intriguing if the network decides to schedule the show Thursdays at 10 p.m., as some industry insiders have buzzed.

A 10 p.m. timeslot also might be needed if "Love Bites" ends up continuing the slightly naughty streak seen in the first episode.

None of it seems explicit or raunchy — particularly compared to even basic cable. And Chupack says that "Love," like "Sex and the City," won’t be out to simply shock.

As for whether an anthology can work, Chupack is optimistic that, should NBC choose to proceed, the timing could be right.

"People are craving this form a little bit," she says, noting the success of rom-coms like "Valentine’s Day" and "He’s Just Not That Into You." "I feel lucky that NBC’s open to this idea right now. I know it’s a big swing, but I feel excited we got to try."