It was when I was watching a sex scene between Johnny Depp and Marion Cotillard in the film “Public Enemies” that it hit me: “Sexiest Man Alive” or not, this is just weird. 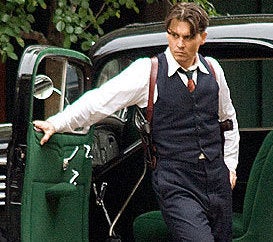 Johnny Depp? Looking more like himself than most roles he’s played in the last five years? Making out with someone on the big screen?

You’d think that a role putting People magazine’s male sex symbol of the year in an intimate situation would elicit a much different reaction than the awkward discomfort I felt at the time.

And it wasn’t because my husband was sitting right next to me.

Don’t get me wrong. I wholeheartedly believe Depp deserves the magazine’s annual honor. And I’m not alone. How many times have I had to hear – from friends, from teens, heck, from my own mother – how attractive the 46-year-old actor is?

But it’s in his more eccentric roles, including his latest unsexy turn as the Mad Hatter in Tim Burton’s “Alice in Wonderland,” that he seems most suitable — and most comfortable. And you know what, Johnny? I’m fine with that, too.

What with all the vivid makeup, the frizzy orange hair and the neo-Victorian costumes in his current role, you’d think Depp was going out on an experimental limb to show us his range. After all, when you’ve been voted "SMA" not once but twice (something only Hollywood heartthrobs George Clooney and Brad Pitt can also claim), there must be a certain pressure to show off that smoldering sex appeal.

Not so for Depp.

In fact, when looking down a list of his big-screen roles, you see more they are more often than not eccentric loners who wouldn’t know romance if it pushed them down a rabbit hole, sailed the high seas or threw an everlasting gobstopper in their face.

His characters are not only commitment-free, eschewing any sort of love interest (female or male), but aggressively asexual. Not a bearskin rug or fireplace in sight.

And that seems to be the way Depp — and, curiously, the box office — appear to like it.

Take “Alice,” for example. As of March 15, Burton’s reimagining of the Lewis Carroll classic has pulled in a whopping $209 million domestically, according to Box Office Mojo. And that’s little more than one week after its opening.

Audiences don’t have to look too far back on their Depp cheat sheets to find another example of a profitable albeit partner-free leading man. Anyone who has gone to the multiplex in the last seven years will recognize a certain swishy Capt. Jack Sparrow, who is a lot more interested in pirate’s booty than the other kind.

And anyone with a pulse — never mind a Hollywood-obsessed one — knows the “Pirates of the Caribbean” franchise has been a boon for Disney. Last September, the studio even announced a fourth installment, “On Stranger Tides,” set for a 2011 release with Depp still onboard as the main attraction.

All told, the franchise has taken in $2.5 billion at the worldwide box office, easily surpassing each film’s budget, also according to Box Office Mojo, and that’s not including DVDs and syndication. 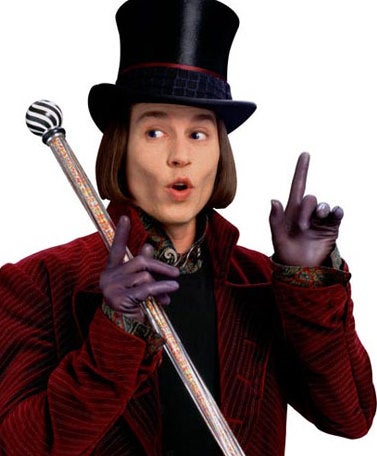 My fellow blogger April McCaffery, 36, who shares a Depp devotion with one of her two tween daughters, says, “He’s sexy because he’s an individual. He’s sexy because he’s confident in who he is. He’s never signed on because he thought a particular role would broaden his fan base, but because he wants to play that character. From Ed Wood to Captain Jack, we as fans can appreciate that each character will be interesting.”

Depp’s effete and pallid take on the mysterious candy man of Burton’s “Charlie and the Chocolate Factory” helped the 2005 film score mightily with audiences, earning $475 million at the worldwide box office. The only love on this movie’s menu, however, is of the literally sweet and sticky kind.

Paradoxically for the popular “Sexiest Man Alive,” it’s when he treads into romantic waters that things get a little choppy.

Take, for instance, his deadly dance with director Michael Mann as the real-life American gangster John Dillinger in the 2009 film “Public Enemies.” Perhaps it’s incongruous watching Depp as Dillinger romance a lady because audiences see that side of him so rarely.

The movie itself received mixed reviews, and while it performed decently at the box office, earning $97 million domestically, it didn’t quite reach its $100 million production budget until foreign business was figured into the mix.

“The Libertine,” a 2005 film in which Depp starred as a sexually debauched English poet who falls for a stage actress, was a bigger box office misfire. A niche movie, for sure, it still pulled in less than $5 million.

Or go back as far as 1999’s “The Astronaut’s Wife,” in which he stars with Charlize Theron in a story about a marriage that is undone by his astronaut’s otherworldly encounter; that film earned only $10.7 domestically and missed recouping its $75 million production budget by a long shot.

While other “Sexiest Man Alive” stalwarts Clooney and Pitt have reveled in their own eccentric roles — hello, “Snatch”! — they have balanced those parts with typical leading-man characters that prominently traded on romantic love. Clooney was even up for an Oscar this year for his “Up in the Air” performance as a man smitten by the female version of his playboy self. Last year, it was Pitt on the Academy’s list with the romance-through-time saga “The Curious Case of Benjamin Button.”

So what does that mean for Depp’s upcoming film “The Tourist,” in which he stars opposite Angelina Jolie, an actress who knows her way around a sex symbol? We’ll find out next year.

So what is it about Johnny Depp that makes women — and People magazine — swoon when he’s loath to get in bed, so to speak, with a romantic role?

Perhaps it’s his looks alone, perhaps it’s his shy charm, but perhaps it is those eccentricities in his performances that make him stand out from the crowd of oversexed, vampire-obsessed teen stars whom girls and their moms want to sink their teeth into.

As Los Angeles Times film critic Kenneth Turan writes in his “Public Enemies” review, “A restrained performance like that only succeeds when it’s given by an actor as intrinsically charismatic as Depp.”

Charismatic indeed, and for Depp, a word that apparently has also become synonymous with sexy.