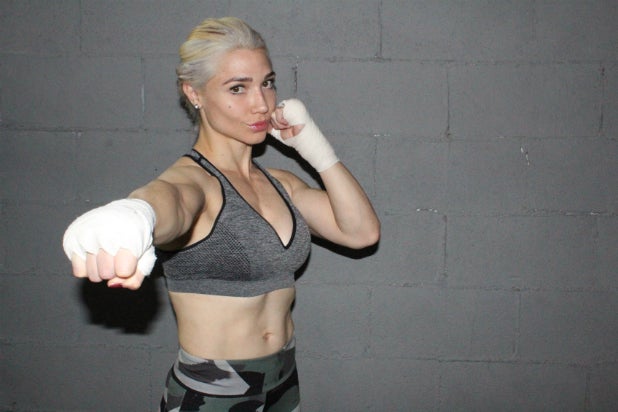 Garcia is undefeated (5-0) in her professional boxing career, but she to this point has never competed under mixed martial arts rules. Well, she’s got a few coming up: Combate Americas has signed Garcia to an exclusive, multi-fight deal.

Garcia’s first MMA fight is on Combate’s April 12 card in her hometown of Monterrey, Mexico.

The 36-year-old Garcia is both an accomplished and controversial pro wrestler. First, the good: She was the first woman in history to win the Lucha Underground Championship, which is an inter-gender (meaning men can wrestle women) title. In addition to her squared-circle time on “Lucha Underground,” Sexy Star is a three-time Lucha Libre AAA worldwide champion.

Now, the not so great: Sexy Star upset many wrestlers and promoters in Summer 2017, when a AAA TripleMania XXV four-way women’s match turned into a bit of a street fight — at least, between two competitors. Garcia was accused by another woman who wrestles under the ring name Rosemary of intentionally trying to injure her with an arm bar submission hold.

Read more about the incident here. As you might imagine, the attention and press that match got didn’t help Sexy Star’s wrestling career.

Garcia was not under contract with AAA at the time, her attorney told us. She was doing per-appearance wrestling at the time.

Plus, Garcia left “Lucha Underground” before Season 3 because she wanted to box and pursue mixed martial arts, per her camp. The El Rey Network show/promotion wanted a two-year deal that wouldn’t allow for such flexibility, Garcia’s lawyer told us.

“Lucha Underground” is a 60-minute (extra-)scripted professional wrestling show/drama on the Robert Rodriguez-owned cable channel. It premiered back in 2014, and has since amassed 127 episodes.