Netflix’s “Shadow and Bone,” a small-screen adaptation of Leigh Bardugo’s Grishaverse novels, will continue into the next part of its mystical story, as the show has been renewed for a second season, the streaming service revealed Monday during its “Geeked Week” event.

Season 2 of the fantasy epic will consist of eight hourlong episodes, just like the first season, which launched April 23.

Per Netflix, the first season of “Shadow and Bone” finds us in a war-torn world where lowly soldier and orphan Alina Starkov (Jessie Mei Li) has just unleashed an extraordinary power that could be the key to setting her country free. With the monstrous threat of the Shadow Fold looming, Alina is torn from everything she knows to train as part of an elite army of magical soldiers known as Grisha. But as she struggles to hone her power, she finds that allies and enemies can be one and the same and that nothing in this lavish world is what it seems. There are dangerous forces at play, including a crew of charismatic criminals, and it will take more than magic to survive. 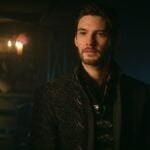 According to Netflix, more than 55 million member households chose to watch at least two minutes of the debut season of “Shadow and Bone” in its first 28 days after launch. Additionally, “Shadow and Bone” made the streaming service’s “Top 10” list in 93 countries around the world and reached No. 1 in 79 countries, including Australia, Brazil, Germany, Russia, Spain, South Africa and the U.S. 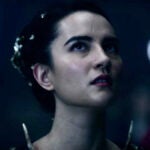 “I’m honored and thrilled to return to the Grishaverse and continue the stories of these endearing characters, particularly Milo,” “Shadow and Bone” showrunner Eric Heisserer said.

Bardugo added: “I’ve been writing in the Grishaverse for nearly ten years now, so I’m thrilled we get to keep this adventure going. There are so many places we’ve barely gotten to visit and I can’t wait to introduce our audience to more of the saints, soldiers, thugs, thieves, princes, and privateers who make this world so much fun to explore. It’s going to be real magic to see our brilliant, talented cast expand.”

Readers can find TheWrap’s interview with Heisserer about what to expect in Season 2 right here.