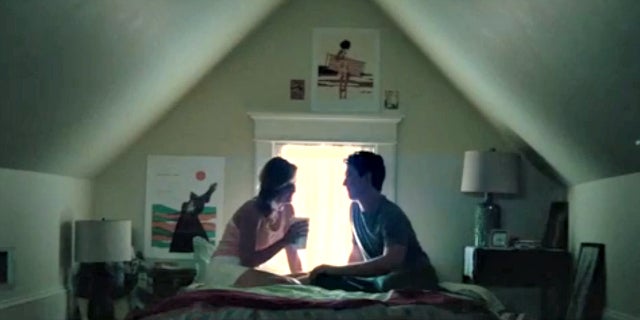 If you're into love-fests, the new featurette for "The Spectacular Now" is two minutes and two seconds of actors and director all thinking everyone was pretty darned swell — as actors and as characters.

Released Friday, the featurette opens with discussion of one of the main characters, Sutter, played by Miles Teller. Director James Ponsoldt says at first he wasn't sold on the story of a boozy high-school student, but 10 pages into the script he was the protagonist's biggest fan.

Then co-star Shailene Woodley got in on the compliments: "Take all three of my high-school boyfriends and put them into one body, they would be Sutter," Woodley swoons.

Also read: Shailene Woodley Cuts Hair For Movie And a Good Cause – 'It'll Grow Back'

Then it was time for Teller to return the praise to Woodley, who portrays Aimee, the object of his on-screen desire: "She's very honest in her interpretation of this character, and I think that she related strongly to Aimee," Teller said.

Also featured in the clip — and movie — are Brie Larson and Kyle Chandler. The coming-of-age film is currently playing in select cities. It opens wide Aug. 28.