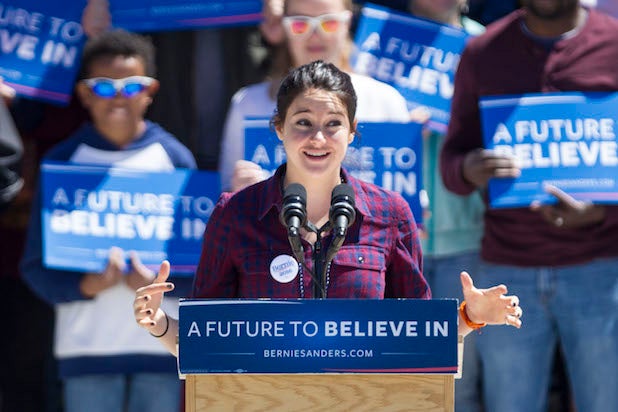 Watch out, Kid Rock; you have new competition in the celebrities maybe-possibly-running-for-office sweepstakes.

“Divergent” star Shailene Woodley signaled her interest in running for office in an interview with the New York Times published Monday, saying she’s not going to rule out the possibility.

“There was a point last year when I was working for Bernie Sanders where I thought, ‘Huh, maybe I’ll run for Congress in a couple years,'” the actress responded, when asked if she has political ambitions. “And you know what? I’m not going to rule it out. Who knows? Life is big, and I’m young.”

Woodley, 25, already has a reputation as an activist to match her screen credits. In October 2016, she was arrested during a protest of the Dakota Access Pipeline in North Dakota. Woodley, who had been charged with criminal trespassing and engaging in a riot, reached a plea deal earlier this year, pleading guilty to disorderly conduct, a class B misdemeanor. In exchange, she received one year deferred imposition of sentence and one year of unsupervised probation.

Would Woodley make a good representative? Feel free to share your thoughts in the comments section.