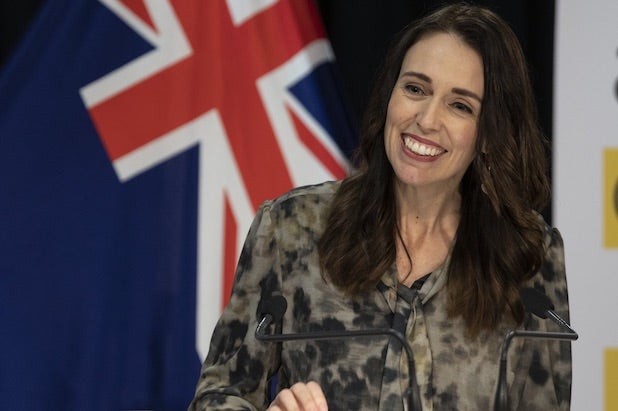 Talk about not being rattled: New Zealand Prime Minister Jacinda Ardern smiled her way through an earthquake during an interview on Monday — and it was all captured on live TV.

Ardern was being interviewed by Newshub host Ryan Bridge when the quake hit.

“We’re just having a bit of an earthquake here, Ryan, quite a decent shake here,” Ardern said, while looking around the room. “But, if you see things moving behind me, the Beehive (the name for the executive wing of New Zealand’s Parliament building) moves a little more than most.”

You can check it out below, courtesy of ABC News:

"We're just having a bit of an earthquake here": New Zealand Prime Minister Jacinda Ardern barely skipped a beat when a quake struck during a live TV interview. https://t.co/tKLFX9Kn5a pic.twitter.com/n97xbTGaRu

She wasn’t lying about it being a “decent shake,” either: the earthquake registered a 5.6 magnitude, according to CBS News, and hit 62 miles northeast of Wellington, the country’s capital city. The earthquake hit a little before 8:00 a.m. local time; no injuries were reported, per CBS News.

Ardern went back to her interview after a few uneven seconds, saying she was “fine” and that she wasn’t “under any hanging lights.” Ardern added: “I look like I’m in a structurally sound place.”

Considering earthquakes are fairly common in New Zealand, Ardern might’ve already had some past experience weathering shakes mid-interview. New Zealand is located within the Pacific Ring of Fire, which is characterized by many earthquakes and active volcanoes.