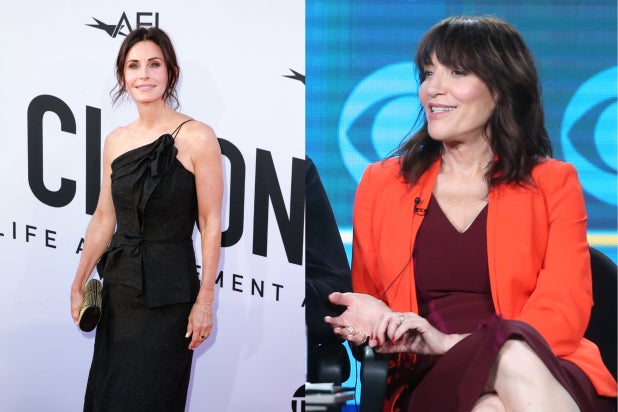 Showtime is adding a couple of high-profile guest stars in Katey Sagal and Courteney Cox for the upcoming ninth season of “Shameless.”

Sagal will play Ingrid Jones, a crazed psych patient Frank (William H. Macy) encounters in the ER, with whom he is immediately smitten. Cox will play Jen Wagner, a famous actress who’s had a problem in the past with booze. Lip (Jeremy Allen White) is hired as her sober companion when she’s in town, and she takes him on a wild ride in search of a cocktail.

Sagal is famously known for her role as Peg Bundy on “Married … With Children” and more recently for “Sons of Anarchy” and lending her voice to animated comedy “Futurama.” Cox, as everyone knows, starred as Monica Gellar on “Friends,” as well as in her ABC/TBS comedy “Cougar Town.”

Also Read: 'Shameless': The Gallaghers Take Justice Into Their Own Hands in Season 9 Trailer (Video)

Season 9 of “Shameless,” which will premiere Sept. 9, will have expanded 14-episode order split into two parts. The first half of the season will end on Oct. 21, with the back-half returning Jan. 20, 2019. This season will also feature the show’s 100th episode.