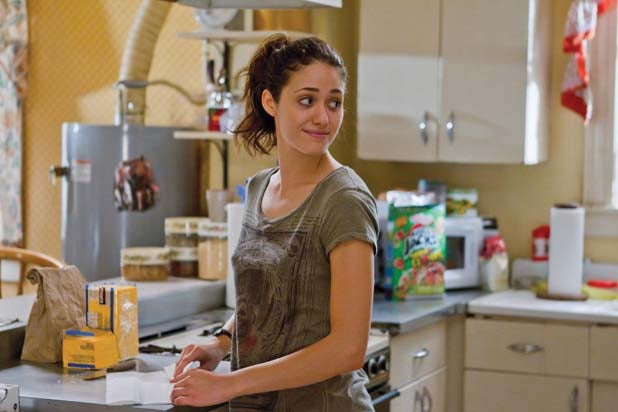 The news that “Shameless” star Emmy Rossum will leave the Showtime drama after its ninth season has hit some fans hard. Like, really hard.

After Rossum announced her exit in an emotional Facebook post, her name quickly shot to the top trend on Twitter, where fans took to bemoan the loss of Fiona Gallagher.

“Emmy Rossum is leaving Shameless… they might as well end it with her last episode. It won’t work without her,” one fan tweeted shortly after the news broke.

Another fan’s day was ruined after hearing about the actress’ decision: “Just heard that Emmy Rossum isn’t returning to Shameless and I’m pretty upset about it not gunna lie.. not the kind of news I needed to hear today.”

“I know you will continue on without me, for now,” Rossum said in her post. “There is much more Gallagher story to be told. I will always be rooting for my family. Try not to think of me as gone, just think of me as moving down the block.”

“We were saddened when Emmy Rossum let us know that the upcoming ninth season of ‘Shameless’ would be her last,” Showtime Networks president of programming Gary Levine said in a statement. “But we are filled with an overwhelming sense of joy and gratitude for Emmy’s inspired work on our series, of course in front of the camera but also behind it.”

“Fiona Gallagher will always be one of Showtime’s iconic characters, and we applaud Emmy for bringing this character to life in such a natural, touching and fearless performance. On behalf of everyone at Showtime and her millions of fans, we thank you Emmy!” Levine added.

Emmy Rossum is leaving Shameless… they might as well end it with her last episode. It won’t work without her.

emmy rossum played fiona AMAZINGLY the WHOLE time whilst she was on the show, we're grateful we got her for 9 seasons because she's a brilliant actress and hopefully she goes on to do more amazing things in the futurr

Just heard that Emmy Rossum isn’t returning to Shameless and I’m pretty upset about it not gunna lie.. not the kind of news I needed to hear today ????????????

Emmy Rossum as Fiona Gallagher was one the of best characters I’ve ever witnessed on a television screen. I will truly miss her acting and everything her character stood for.

Emmy Rossum's departure from #Shameless means it's likely THE BEGINNING OF THE END!