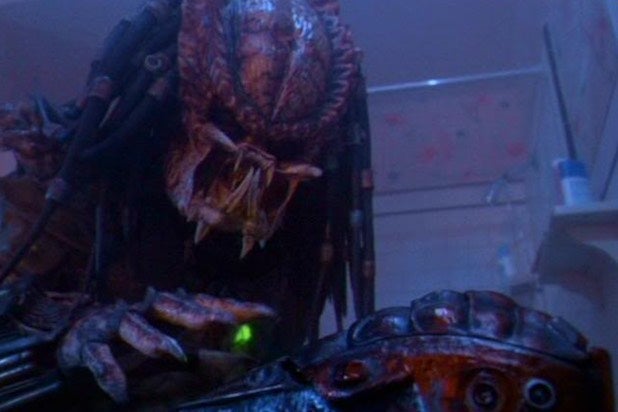 Long before he directed “Iron Man 3,” Shane Black was one of the first characters killed in “Predator.” Now, he’s taking charge of the monster franchise with “The Predator,” the fourth installment of the series coming out this fall.

In a new trailer that screened at Fox’s CinemaCon presentation, we see Rory (Jacob Tremblay), the son of a special forces soldier, open a box and discover a piece of technology belonging to the Predators. Thrilled by how cool it is, he plays with it like a toy spaceship, not knowing that he’s remotely piloting an actual ship full of Predators to a crash landing on Earth.

We then see the boy’s father, Quinn McKenna, being interrogated after returning to his base as the only survivor of a team of Marines called in to investigate the crash landing. In between seeing the film’s cast do battle with the new Predators — who have upgraded with DNA of other species they conquered — Quinn responds to question with terse answers and sarcasm, leading some to wonder if Quinn is still on the side of the humans