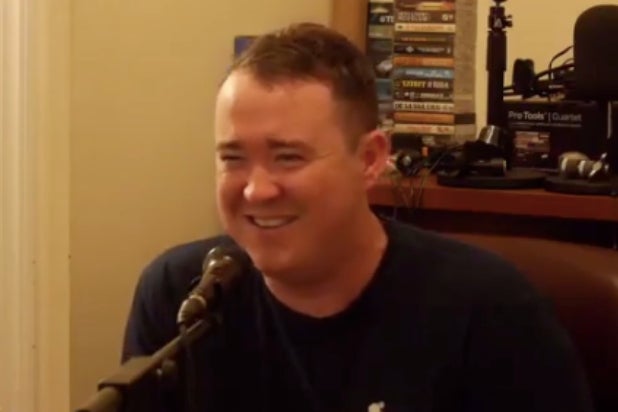 I watched the video of Shane Gillis’ racist 2018 comedy routine three times. Once was enough.

On the same day “Saturday Night Live” added its first cast member of full Asian descent, Bowen Yang, it also hired Gillis, who immediately drew attention for racist remarks he made on his podcast last year.

As the son of first-generation immigrants growing up in the ’80s when anti-Japanese sentiment ran high (my family is Chinese, but that didn’t matter), I had slurs hurled at me on the playground. But to hear an adult hurl the same slurs so unabashedly under the guise of “comedy” — three decades later — hurt me.

Ethnic stereotypes have long been fodder for comedians. It’s easy to make fun of something you don’t understand and make no effort to understand. Accents are deemed as “funny-sounding,” disregarding the fact that the majority of the world’s spoken languages have non-English roots. Ethnic foods are described as “weird” and “gross.”

Aside from being inherently racist, ethnic stereotyping is also played-out. In resurfaced video from the podcast, Gilles uninspiringly draws from decades-old stereotypes. Doing so not only exposes his casual racism, but also just how ignorant he is.

today SNL announced the hiring of its first cast member of East Asian descent, and also this guy pic.twitter.com/0FAGJZJUkK

“I wonder how it started?” McCusker replies. “They just built one f—ed-up looking building and people were like, ‘No one said anything.'”

“Let the f—ing ch-nks live there,” Gillis interjects. The duo then turn to Chinese restaurants, with Gilles saying, “Get these ducks out of the window.” They use broken English, mispronouncing words as “dericious” and “nooders.”

After hours of widespread outcry over the blatant racism of these so-called jokes, on Thursday evening Gillis issued a sorry-not-sorry statement, tweeting, “I’m a comedian who pushes boundaries. I sometimes miss. If you got through my 10 years of comedy, most of it bad, you’re going to find a lot of misses. I’m happy to apologize to anyone who’s actually offended by anything I’ve said.”

Well, speaking as someone who was “actually” offended, I’ll put it plainly: Gillis and McCusker mocked Chinese people and culture in hateful terms, and it’s absurd his statement doesn’t even acknowledge that. But it’s not just the hatefulness, it’s also that these jokes aren’t even jokes. Even someone’s racist uncle makes the effort to start with a setup leading to a racist punchline (i.e. “You know you’re in Chinatown when…”) or racist impression. Gillis and McCusker just spend a lazy two minutes Chinese-bashing and stereotyping. (And that’s not even getting into the sexism and homophobia exhibited in other clips.)

That kind of hackish laziness is beneath “SNL,” not to mention a below-average amateur night. To tap so deeply into so many stereotypes — their let’s-keep-going approach — shows how rooted their racism is.

Their othering of Chinese people needs to be particularly addressed. Gillis’ casual use of the slur “ch-nks” and McCusker collectively referring to millions of people as “they.” Chinese people live in every state and work in all occupations; yes, they are restaurateurs, but they are also farmers, doctors, lawyers, scientists, engineers. (They can even be entertainment journalists covering Hollywood, like me.) But to Gillis and McCusker, “they” are the perpetual other with their foreign architecture, food and language.

Want to know why Chinatowns exist? Chinese people immigrated to the United States in the mid-1800s to build the transcontinental railroad and seek wealth during the Gold Rush. These immigrants formed Chinatowns as communities where languages, customs and cuisines could be shared. But another reason why Chinatowns were formed was to protect immigrants from growing anti-Asian sentiment that manifested itself in harassment, beatings, and even murder.

That’s how “it started.” That anti-Asian sentiment led to the Chinese Exclusion Act of 1882 — the first time the U.S. government limited immigration on the basis of race. Later laws limited Chinese from owning property and businesses outside laundromats and restaurants — which answers McCusker’s question of “how can there be so many f—ing restaurants down here.”

If you can’t be decent, at least crack open a history book once in a while.