Following a single positive COVID-19 result in Shanghai on Sunday, Shanghai Disneyland was shut down for two days, and more than 30,000 people who had visited the sprawling theme park over the weekend were tracked down and tested for the disease, the Associated Press reported Monday.

A total of 33,863 who visited Shanghai Disneyland on Saturday and Sunday were tested for COVID-19; all of them tested negative.

The individual who tested positive for COVID-19 was not at the theme park at the time, but authorities determined that person had visited Shanghai Disney on Saturday. Subsequently, at approximately 5 p.m. local time, the park was locked down and everyone inside was informed they would be required to be tested before they could leave. Authorities then tracked down everyone else who visited over the weekend tested them as well. 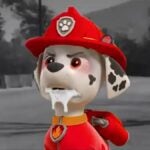 According to AP, they will be monitored for a few days and required to take a second COVID test. Shanghai Disneyland will reopen on Wednesday.

Despite being the likely origin of the virus, China officially reports just 4,636 deaths and 97,243 total cases, results attributed to the country’s zero tolerance policies, which also include almost fully closed borders since 2020.