A few music superstars are on the hunt for their biggest fans.

The series is described by the network as a “musical spectacle disguised as a game show.” Throughout six episodes, contestants will compete in multiple rounds to prove that they’re one of the artist’s ultimate fans.

A different musical artist will select one fan to win a once-in-a-lifetime prize during each episode. What exactly they’ll take home still remains a mystery. 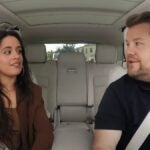 CBS has tapped two of its other program hosts for the series — “Entertainment Tonight” correspondent Keltie Knight and Nate Burleson of “CBS Mornings.”

Knight will also executive produce alongside Jodi Roth and two-time Emmy Award-winner Jack Martin, who will also serve as showrunner.

Production on the series is set to begin April 22. A premiere date has yet to be announced.