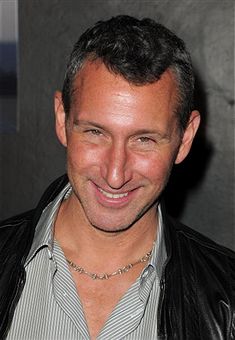 For Adam Shankman, evidently, there’s no place like Oz.

The filmmaker behind "Hairspray" and "Bedtime Stories" is so hot to direct Disney’s "Wizard of Oz" prequel "The Great Powerful" that he removed himself from another Disney project he was attached to direct — "Bob the Musical," according to the L.A. Times.

It’s shaping up to be a showdown for the high-profile director’s chair between Shankman and Oscar-winning "American Beauty" director Sam Mendes, who was previously rumored to be the front-runner for the job.

Written by Mitchell Kapner ("The Whole Nine Yards") and based on pieces from several of L. Frank Baum’s 14 "Oz" books, "The Great Powerful" follows a Kansas-born charlatan and member of a traveling circus who embarks on a similar odyssey as Dorothy when he mysteriously lands in Oz and eventually becomes The Wizard.

Robert Downey Jr. and Johnny Depp have been mentioned for the coveted role, but Disney president Rich Ross told reporters two weeks ago that no talent was currently attached to the potential tentpole, which will likely be shot in 3D. Joe Roth is producing the prequel.

While I’m certainly of the mind that Mendes is the more talented filmmaker, something about him directing the "Oz" prequel never made sense, so in spite of the overall mediocrity that marks Shankman’s rather generic work behind the camera, he does feel like a better fit for the project considering his experience making family-friendly, CG-fueled entertainment for the masses.

It’s disheartening to see Mendes’ esteemed name attached to money-grab projects like "Bond 23" and "The Great Powerful" in the wake of "Revolutionary Road’s" failure to replicate the record-setting success of "Titanic." I can’t blame Mendes for wanting to mix it up and do something a little more light-hearted, but he should stay true to himself as an artist and continue to make challenging adult films. "The Great Powerful" strikes me as the anti-Sam Mendes movie, and much more in line with Shankman’s creative strengths.

The two directors couldn’t be more different, so we’ll see which man winds up calling the shots behind the curtain.

As for "Bob the Musical," the high-concept comedy concerns a man who starts hearing "the inner song of people’s hearts" after being struck on the head accidentally. The project isn’t an especially high priority for Disney, and no director has been named yet as a replacement for Shankman.