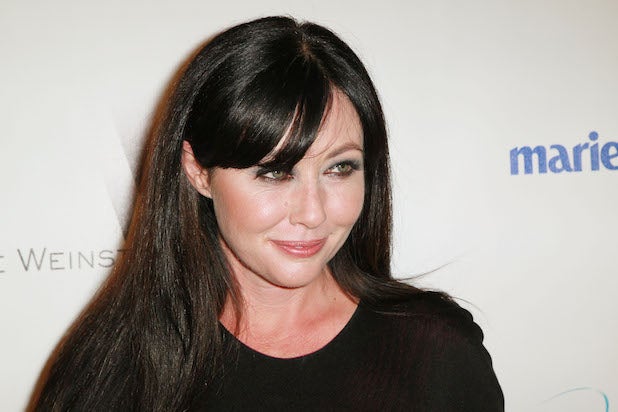 The actress confirmed the news, posting on Instagram a throwback shot of the cast and the caption, “Yes it’s official. The real question is…. will we still be rocking those outfits.”

Yes it’s official. The real question is…. will we still be rocking those outfits. #bh90210

Per Fox: For four seasons, Doherty starred as “Brenda Walsh” on the groundbreaking teen drama, but this time when the cast gets back together, it will come with a big twist: the seven former teen idols will be playing heightened versions of themselves in the brand-new serialized drama – with a healthy dose of irreverence – that is inspired by their real lives and relationships with each other.

Doherty is also known for roles in television shows including “Charmed,” “Little House on the Prairie,” and “Our House,” as well as her role in the original “Heathers” movie which she reprised for its recent remake.

Luke Perry, another original castmember, was not planning on participating in the reboot at the time of his untimely death last month at age 52.