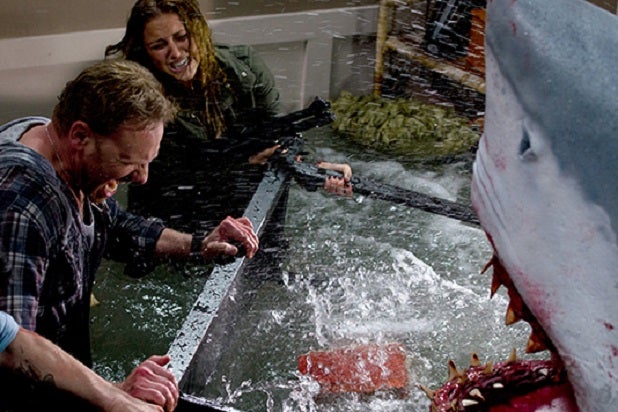 Blood, gnashing teeth, and cold-blooded attacks have come to the set of NBC’s “Today,” but not in the typical morning-show way: Matt Lauer and Al Roker will cameo in “Sharknado 2.”

The pair announced their appearances Wednesday for the film, which debuts July 30. They said they shot their big scene Tuesday.

It’s a great moment for NBCUniversal synergy, since the company also owns SyFy, home of “Sharknado.”

Lauer and Roker pair also unveiled a scene from “Sharknado,” in which Roker gives a “Sharknado” weather report: “This is a twister — with teeth.”

We had to look at the calendar, too, but April Fool’s was Tuesday. This is legit.