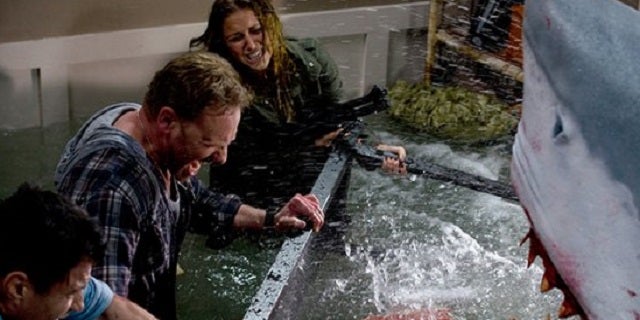 In the advertiser-coveted 18-49 demographic, the movie — which drew substantial social-media buzz — had 566,000 viewers.

Overall, the movie, starring Ian Zieiring and Tara Reid in a horrifying tale of sharks who get swept up in a freak hurricane and terrorize Los Angeles, skewed younger than those offerings. The median age for "Sharknado" viewers was 46.8, which was the lowest for a Syfy original movie since "Zombie Apocalypse" in October 2011.

On the social media front, "Sharknado" proved to be an unqualified success, proving to be the most social program of the night with 387,000 mentions across social media platforms and generating nearly 5,000 tweets a minute at its peak.