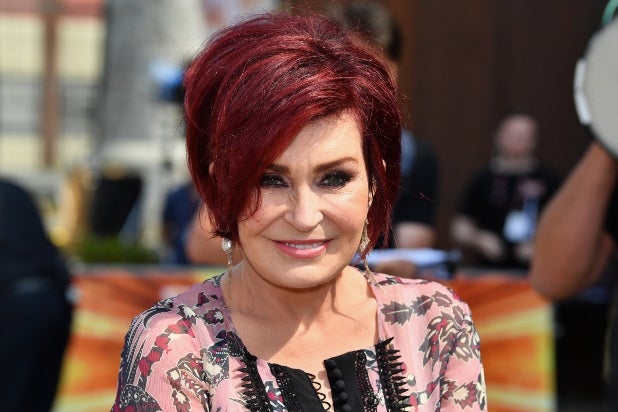 Former “America’s Got Talent” judge Sharon Osbourne said the first time she met Paul Telegdy, who has served as chairman of NBC Entertainment since 2018, she was immediately put off by his risqué behavior with his dinner date, which included putting his “tongue down her throat.”

On Friday, the network announced that Teledgy was under investigation following accusations of racist, sexist and homophobic behavior. The announcement came as The Hollywood Reporter published a bombshell report published detailing accusations by Osbourne and dozens of current and former producers and network staffers.

At the dinner, which was arranged for “AGT” team members, Obsourne told THR that Telegdy arrived about 40 minutes late “with this tittering girl at his side.”

“She was on his knee the whole evening and he had his tongue down her throat and that was my introduction to Paul Telegdy,” Osbourne told the magazine. The star said she later told Meredith Ahr, Teledgy’s longtime deputy and now president of NBC’s Alternative and Reality Group, “If that had been a woman, she would have been let go the next day.”

In addition, Osbourne said that she quit “AGT” in 2012 after Telegdy threatened to torpedo her career if she protested the network’s decision to drop her son Jack from the reality series “Stars Earn Stripes” — a decision that came shortly after his diagnosis with multiple sclerosis. “He said, ‘Go f— yourself,'” Osbourne told THR. “‘If you call the press you’ll never work in this town, you f—ing witch.'”

A spokesperson for Telegdy denied Osbourne’s account of the dinner and the phone call.

Telegdy has been accused of mocking gay executives to their faces, using homophobic and misogynistic slurs and making disparaging comments about others’ physical appearance. Telegdy and Ahr were both accused of creating a “terrible, even traumatizing experience” in the network’s reality division.