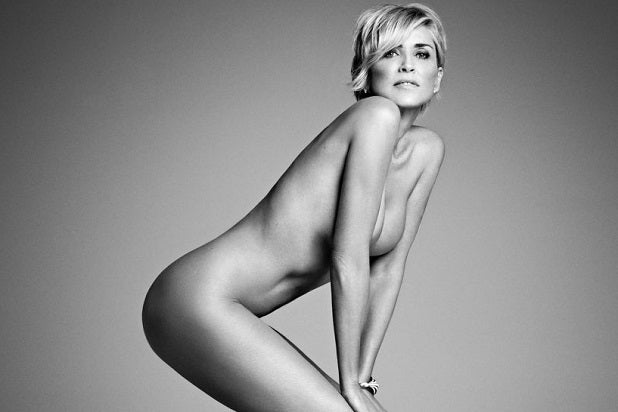 Hey, can somebody pass the syrup?

Former “Basic Instinct” star Sharon Stone stripped down to nothing for a photo shoot in Harper’s Bazaar’s September issue, revealing not just a lot of skin but a keen self-awareness of how her body has evolved over 57 years.

“I’m aware that my ass looks like a bag of flapjacks,” Stone told Harper’s. “But I’m not trying to be the best-looking broad in the world. At a certain point you start asking yourself, ‘What really is sexy?’ It’s not just the elevation of your boobs. It’s being present and having fun and liking yourself enough to like the person that’s with you.”

Stone, whose bold sexuality captivated moviegoers in the 1992 film “Basic Instinct,” went on to admit that she’s had a tough time of it in the dating department recently.

“I never get asked out,” Stone, who divorced newspaper executive Phil Bronstein in 2004, complained. “It’s so stupid. I don’t know what to do.”

The actress added that she’s upped the flirtation factor to remedy her romantic slump, to little avail.

See video: Madonna's Nude Photo Has Women of 'The View' Wishing They Could Pose Naked Too

Or, it could just be that her ass looks like a bag of flapjacks.

For more flesh and philosophy from Stone, head on over to Harper’s Bazaar.