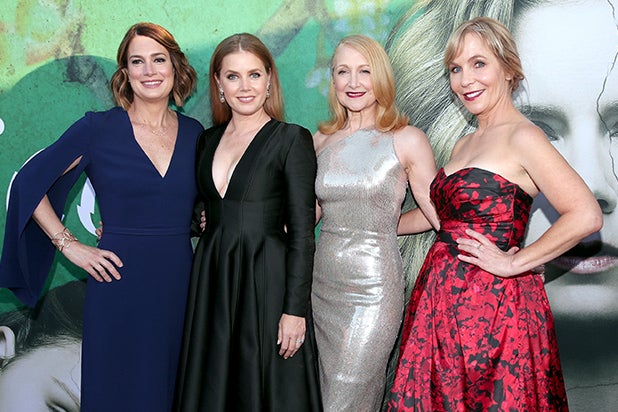 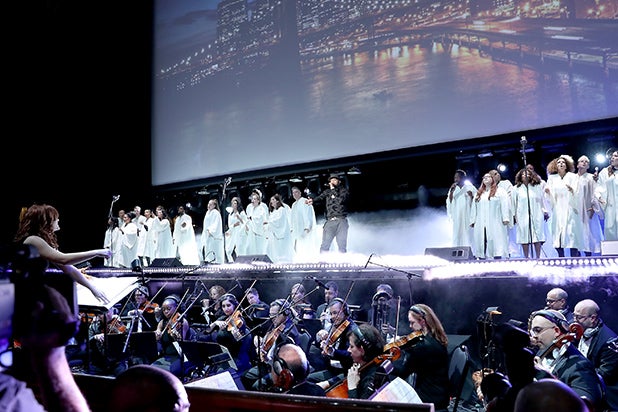 Cindy Ord/Getty Images for Starz Entertainment LLC
"Power" executive producer 50 Cent knows that a new season of the Starz show means it's time to party "like it's your birthday." The celebration in New York on Thursday night included a choir, fog machine and the G-Unit main man entertaining the guests. 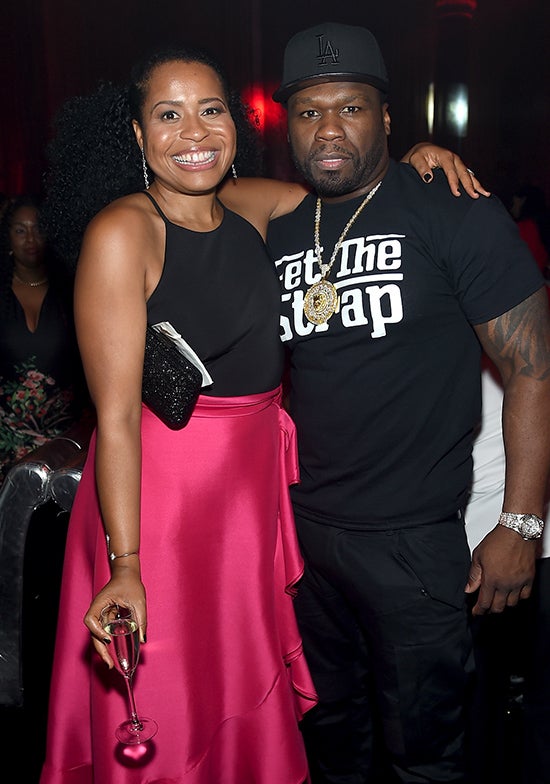 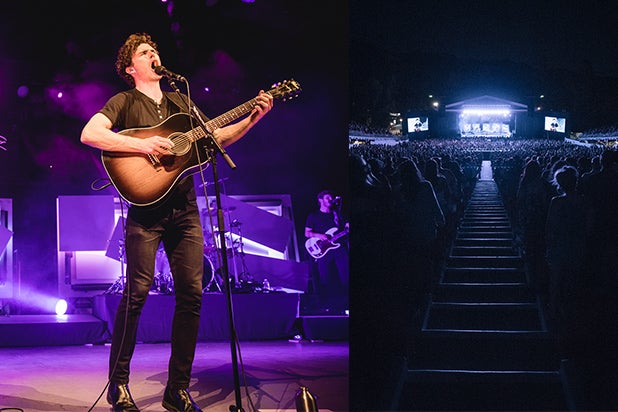 Courtesy of Instagram/TheGreekTheatre; and Instagram/BradCauchy
It was a 104 degrees at 10:15 p.m. when Vance Joy's headlining show at the Greek ended on Friday night, but that didn't stop the Aussie's L.A. fans from selling out the show and turning up early and loud. "This is by a fair way, our biggest headline show ever here," he said and thanked the crowd for "braving this incredible heat." In a few different configurations, Vance ran through most of the new "Nation of Two" album during an 85-minute set. 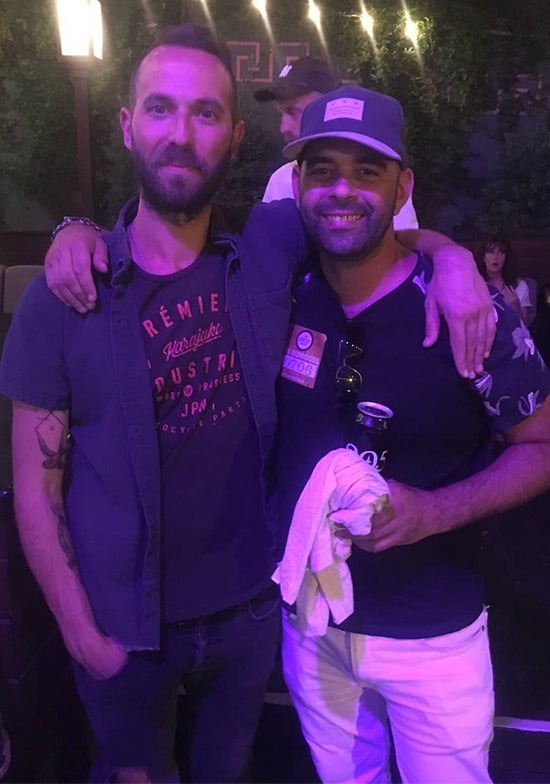 Instagram/CraigAdamsMusique
Republic artist Mondo Cozmo (left, with Craig Adams) opened, playing his number one "Shine" and thanking the crowd for coming out "early" on the hot Friday night. "We’re playing the freakin Greek tonight. Insanity," he wrote on Instagram earlier in the day. "In 1.5 years we went from the Hotel Cafe to the Troubadour to the El Rey to The Greek. What a beautiful mountain to have climbed. Thank you @vancejoy for helping us get there." 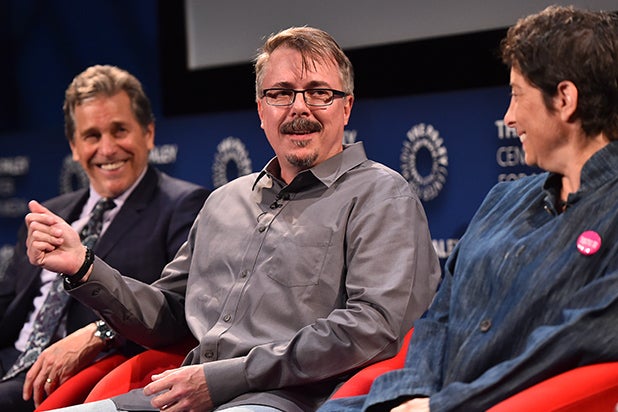 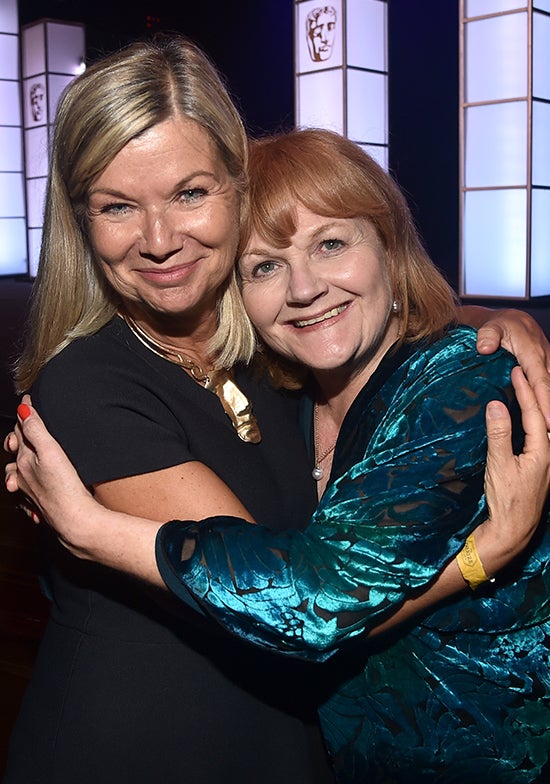 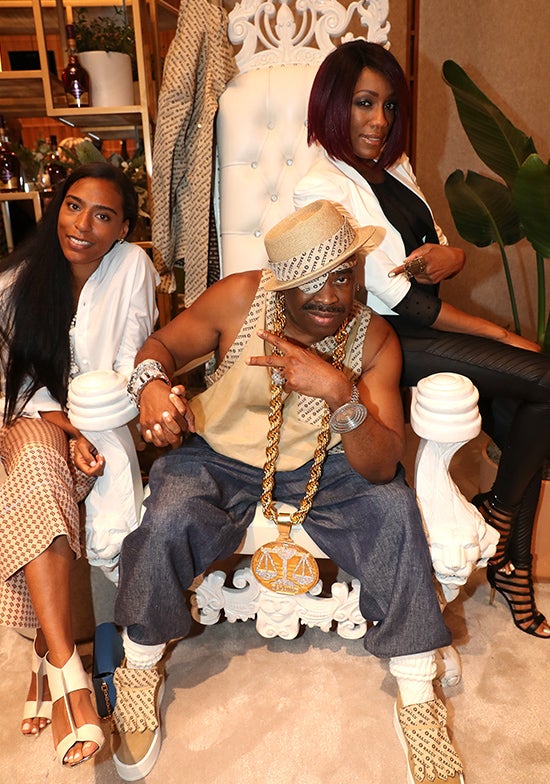 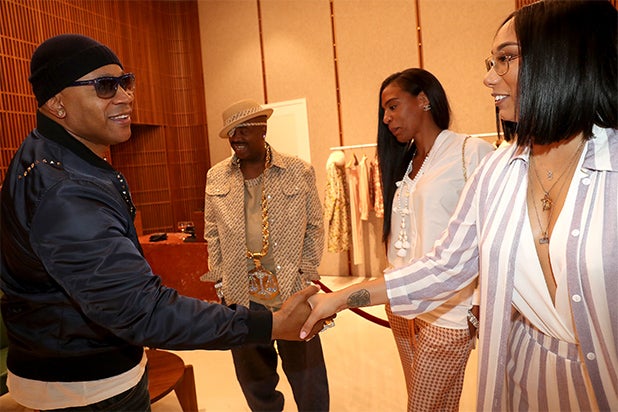 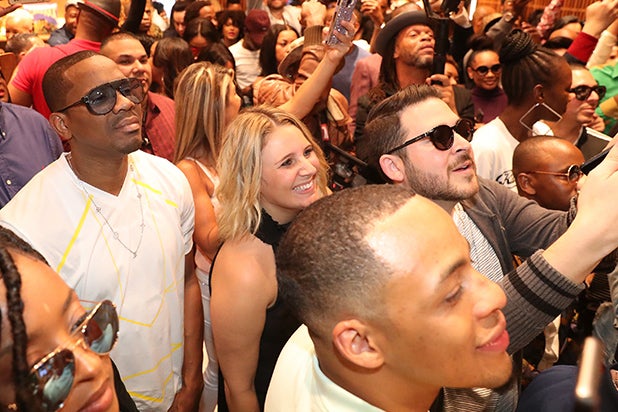 Johnny Nunez/Getty Images
Snoop Dogg came to DJ, spinning Slick Rick classics "La Di Da Di (We like to Party)" and "Mona Lisa." It's a long but refreshing leap to have the Bronx on Rodeo Drive. 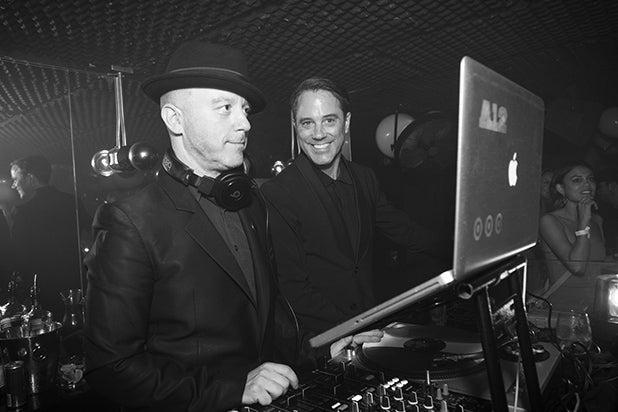 Giorgios
Giorgio's -- the understated Saturday night party for in-the-know industry figures who wouldn't be anywhere else on a Saturday night on the Sunset Strip -- celebrated its five year anniversary. Here, founders Adam Bravin (aka DJ Adam 12) and Bryan Rabin are at the decks. 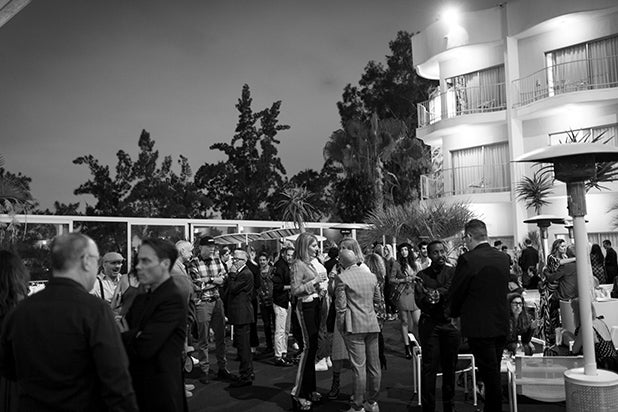 Giorgios
For the anniversary party, the crowd spilled out of its usual confines of the club at the Standard to colonize the pool deck. The Party Report salutes what many of the '90s' and '00s' "scene" regard as the L.A.'s last cool nightlife brand for friends-of-friends only. (Photos rarely emerge from this crowd that appreciates the phone-free era of nightlife.) Also Read: Captains of the U.S. Nightlife Industry Unite Behind TAO LA Opening (Photos) 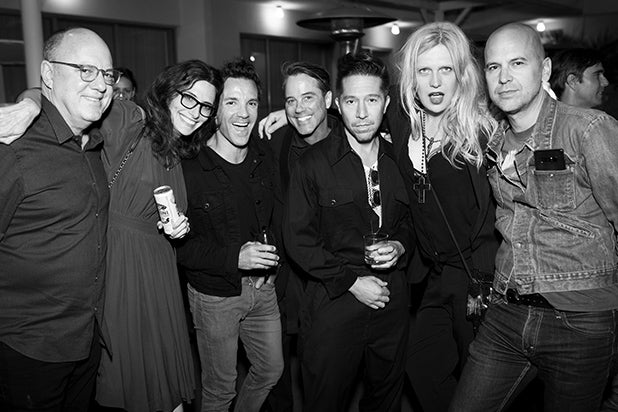 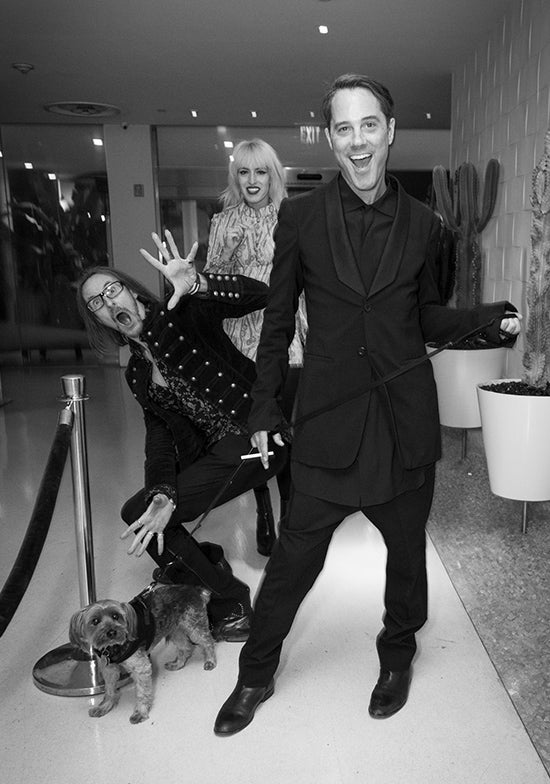 Giorgios
The pet-friendly Standard took it one step further, welcoming music producer Nick Launay and his pet to the festivities. 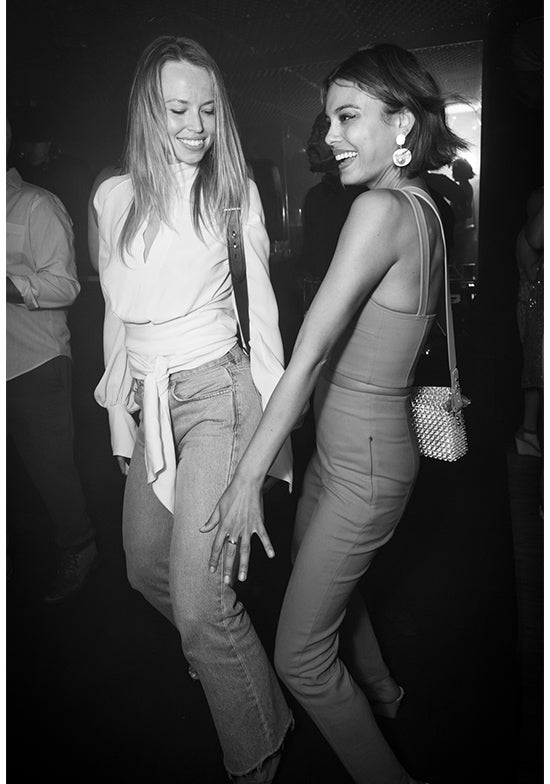 Giorgios
The Party Report never sees industry types dance at parties. Giorgio's is the exception. The party is named for electronic music pioneer Giorgio Moroder (the "Scarface" and "Midnight Express" soundtracks, and Donna Summer's hits "Hot Stuff" and "On the Radio"). 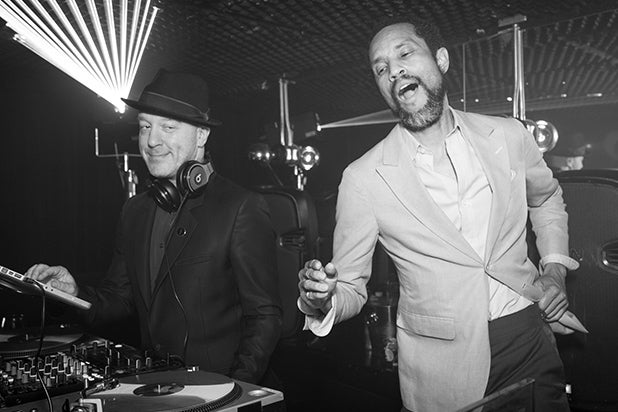 Giorgios
Bravin behind the decks with writer Jason Sugars. 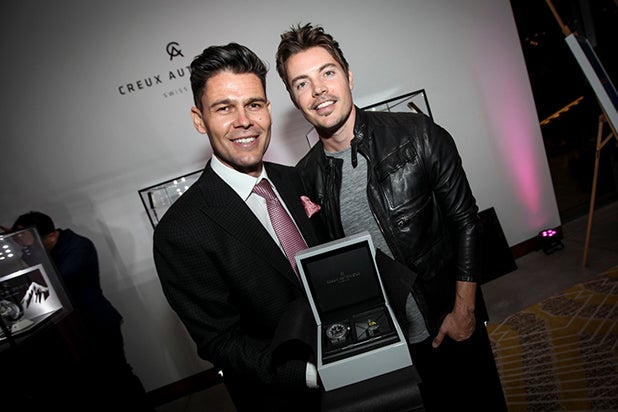 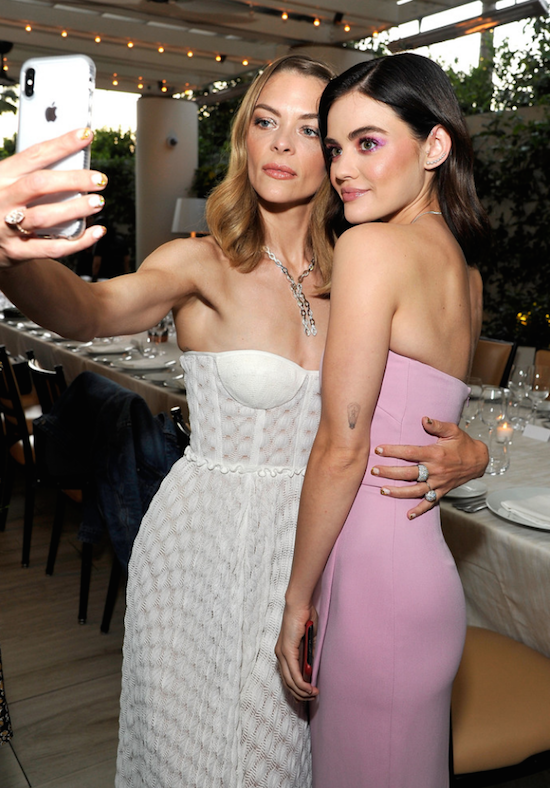 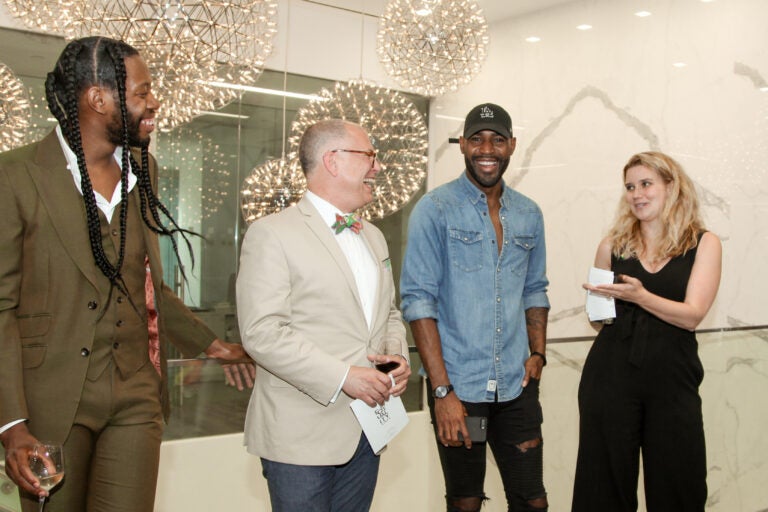 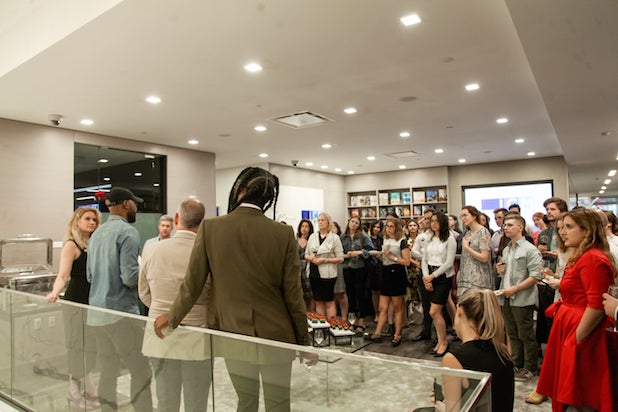 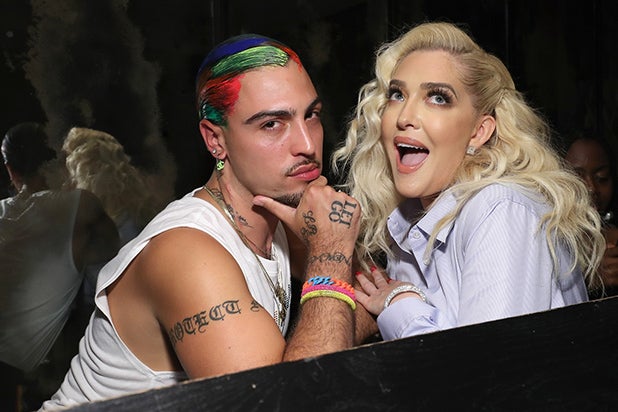 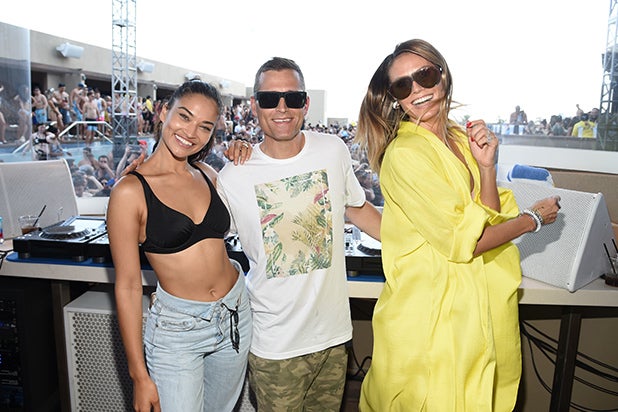 Getty Images for Ocean Resort Casino
Atlantic City got a taste of Vegas with Kaskade spinning at the opening of the Ocean Resort Casino. Shanina Shaik and Heidi Klum flanked the producer at the pool party in the space that was formerly known as the Revel Casino Hotel earlier this decade. 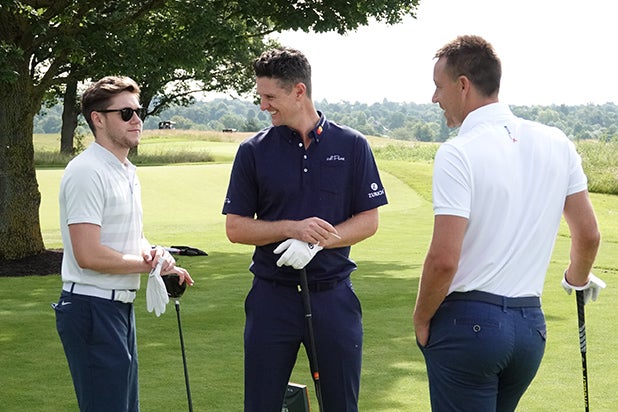 Getty Images
Niall Horan and pro golfer Justin Rose teamed up for a co-branded "Horan and Rose" golf outing and gala benefit in Watford, England, raising money for cancer research for kids and teens in the UK.  That night, Horan performed hit "Slow Hands" with fellow "X Factor" alum Olly Murs after they chipped in $85,000 to win a trip to South Africa that they said they'll take together. 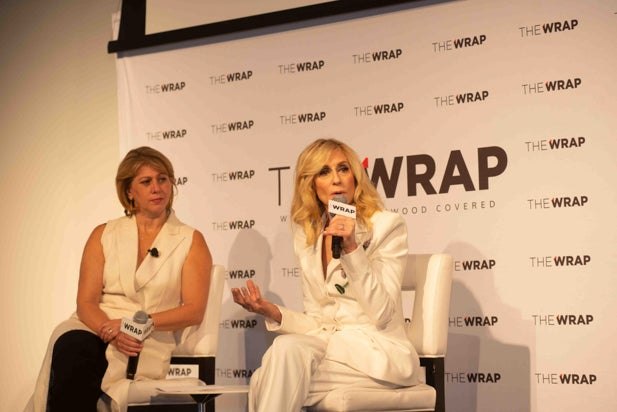