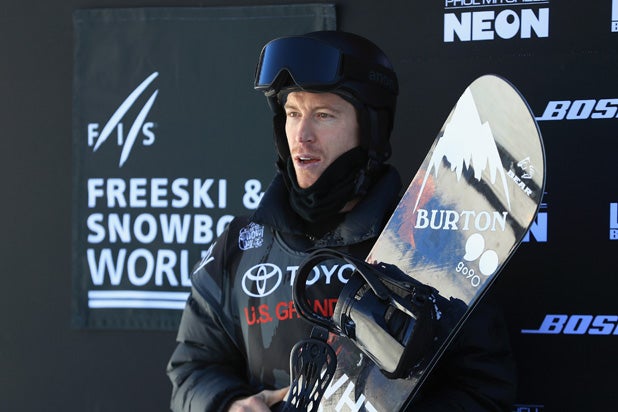 Snowboarder Shaun White won his third Olympics gold medal Tuesday in the halfpipe competition, which means he is booked for a ton of interviews this morning. Among the questions being posed White’s way are follow-ups to him using the word “gossip” to describe a settled sexual harassment accusation from 2016.

This morning, White is apologizing for “a poor choice of words” during a press conference immediately following his win.

“I’m truly sorry that I chose the word ‘gossip.’ It was a poor choice of words to describe such a sensitive subject in the world today,” he said Wednesday on the “Today” show. “I’m just truly sorry. I was so overwhelmed with just wanting to talk about how amazing today was and share my experience, but yeah.”

“Over the past couple of days the sexual harassment allegations against you by Lena Zawaideh have resurfaced,” a reporter began during White’s post-podium media event. “Are you concerned that they are going to tarnish your legacy?”

“Honestly, I’m here to talk about the Olympics, not gossip,” White responded. “But I don’t think so. I am who I am and I’m proud of who I am. And my friends love me and vouch for me, so I think that stands on its own.”

The journalist pushed for more, but the moderator (and White) felt the issue had been satisfactorily addressed. Still, the Pyeongchang Winter Games champ walked back a sliver of his response hours later.

“I’m truly sorry that I chose the word gossip. It was a poor choice of words to describe such a sensitive subject in the world today.” @shaunwhite on his remarks at news conference when asked about harassment case pic.twitter.com/5q9jyCL61m

And read more about the allegation against the Team USA legend here.