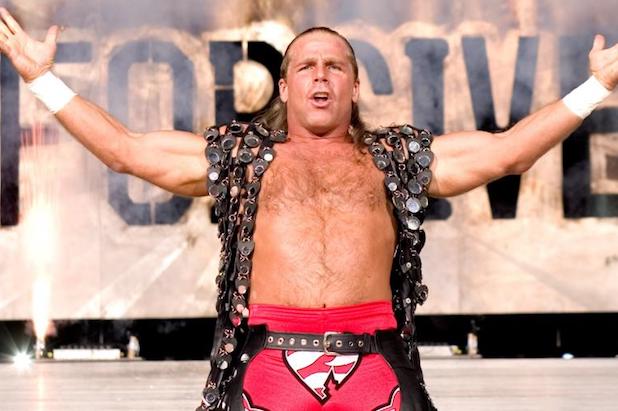 After eight years of retirement, “The Heartbreak Kid” Shawn Michaels returned to the wrestling ring Friday for “WWE Crown Jewel” in Saudi Arabia. The WWE legend proved he still had some moves — unfortunately, The Undertaker and Kane forgot to help him out with a crucial one.

Midway through Friday’s main event match, HBK climbed to the top turnbuckle to deliver a moonsault to the outside. It’s a high-risk maneuver, and one that requires cooperation from your target(s), who are meant to break the flipper’s fall. Unfortunately, the Brothers of Destruction didn’t quite do their part.

Watch the botch below.

No, it’s definitely not the worst *miss* we’ve ever seen — but given the circumstances, it sure was dangerous. Shawn (real name Michael Hickenbottom) is 53-years-old, hasn’t worked in nearly a decade, and had to initially retire because of multiple severe back injuries. (Undertaker is also 53, Kane is 51, and Triple H is the baby of the bunch at 49 — it was a pretty slow-paced brawl.)

Plus: Dude’s bald now and doesn’t have a beautiful mane of blonde hair to help break his fall.

In the end, thanks to some Sweet Chin Music and a Pedigree, Michaels and his DX teammate Triple H closed the show with a big victory over Kane and The Undertaker. So yeah, he seems to be OK.