Marlon Wayans shared a retrospective clip of his brother Shawn impersonating Chris Rock that is strangely reminiscent of what happened Sunday night at the Oscars.

“Maaaaan, not to ‘kick’ a brother when he’s down… BUT we predicted this sh– exactly,” Marlon captioned the old footage, which you can watch above via YouTube. “When art imitates life then LIFE actually happens. Sh-t! We were way ahead of our time,” he added before reminding his online followers “#thesejustjokes let’s laugh again.“

The Wayans brothers hosted the 2000 MTV Video Music Awards, teaming up to perform sketches and land big jokes amid the presentation of the winners — a year after Rock hosted the show.

Shawn, presumably impersonating Rock’s approach, made certain jokes at the expense of Britney Spears, Jay-Z and Diddy, riffing off of several current topics like the Bad Boy founder’s hiring of the late Johnnie Cochran after he was indicted on bribery and stolen weapons charges. 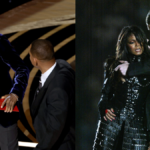 After the joke about Diddy, someone who looks like Diddy from behind walks up to Shawn and strikes him down to the ground. Other celebrity look-alikes join in the attack, fake-hitting Shawn (as Rock).

Marlon, who has known Rock since he was 14 and Smith since he was 20, told People after Sunday’s events that Smith has “always been such a classic dude.” Of Rock and Smith he said, “I love them both.”

“Chris Rock, he’s always Chris Rock; you’ve got to expect that from Chris Rock,” Marlon continued. “And sometimes when you’re best friends, worst things happen and I wish it didn’t happen. … [I] hope they seek out and work it out.” 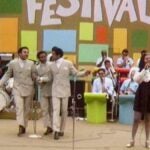 Of Rock’s joke, Maron said, “You’ve got to be able to crack jokes. You don’t know what somebody’s going through … he cracked the wrong joke on the wrong day. And sometimes you hit the wrong person in the wrong moment. … It was just bad timing.”