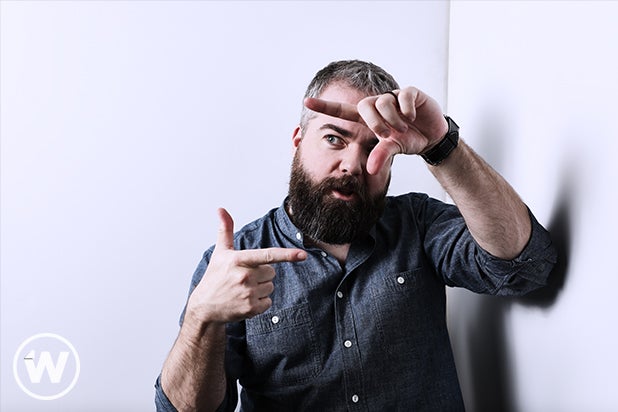 ”Everything takes twice a long … but at the same time, there’s almost nothing you can’t do,“ Swedish filmmaker tells TheWrap

Working with a bigger budget on a huge tentpole film was a different kind of experience for Sandberg, he said, one which was sometimes difficult to grasp.

“Budget wise, it was quite different, and there was a lot to learn in terms of stunts and visual effects that I hadn’t done on that scale before,” he explained. “Everything takes twice a long. This was like a two-year project but at the same time, there’s almost nothing you can’t do. You can just come up with cool s—.”

Sandberg also said he and producers looked at “over 100 people” before they set their sights on the 38-year-old Zachary Levi for the title role. “Doing auditions, having them send in self tapes, and everything, it actually got to the point where we were like, ‘Oh, are we ever going to find our Shazam?'” he said.

And then Sandberg saw a self-tape from Levi, the former “Chuck” star who played the comic Asgardian warrior Fandral in the last two “Thor” movies. “He had taped for a different character, but I saw him and I was like, ‘This guy feels perfect, he feels like a big kid, he has that enthusiasm and excitement,’ so right away, when I saw it, I knew,” Sandberg said. “I pitched him to the studio and they flew him out here to come in and audition in the room and he got the part a few days after.”

Watch the rest of our interview with Sandberg above.