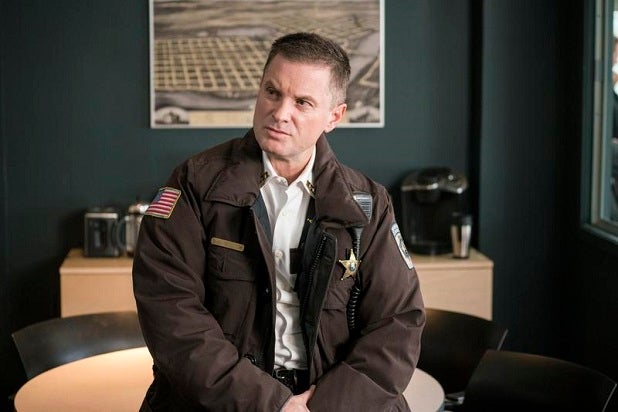 “Boardwalk Empire” and “Fargo” star Shea Whigham has shared some character details for his role on the upcoming “Joker” movie starring Joaquin Phoenix.

Short of some images from the set and a curious cast that also includes Robert De Niro, Zazie Beetz, Marc Maron, Frances Conroy and Glenn Flesher, there hasn’t been much info leaked from Todd Phillips’s superhero origin story. In an interview with Collider, Whigham, however, revealed that he and Bill Camp are playing two cops in Gotham P.D. in 1981 when “the city was tough.”

“We’re investigating something that’s just happened, at the start of the piece. We’re trying to get to the bottom of it, and it leads to where it leads to,” Whigham said of the role.

That description may not be so clear, but at least it’s something. And Whigham sounded enthusiastic about the direction of the project and in working with Phoenix.

“You know, it’s rare that I’ve been on a set where it feels like it crackles, he said. “I want to have an experience. I don’t call it a job. I don’t say that I have a job. I have a gig, or a piece, or a film, or a show, but it’s never a job…We’re having an experience on ‘Joker.'”

Whigham also called the shooting experience “intense” and said it wasn’t lost on him that he’s getting the chance to work with an actor like Phoenix.

“Todd Phillips has put this amazing script together,” Whigham said. “It’s the origin story. People haven’t seen how the Joker becomes the Joker, and oh, my God, man, it’s incredible. It really is.”

“Joker” opens Oct. 4, 2019. Read all Wingham’s comments as part of a longer interview with the actor at Collider.