With production shut down on "Two and a Half Men" and star Charlie Sheen in rehab, what’s next for the CBS hit?

At least in the short term, the timing couldn’t be better for CBS and producer Warner Bros. TV. 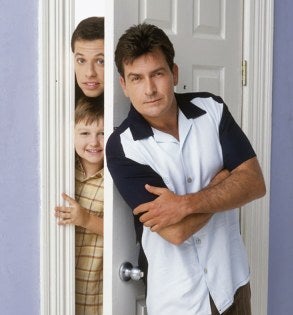 It’s understood that CBS has at least three originals already available to air, even if "Men" didn’t produce any more originals this season. Eighteen episodes in total have already been produced this season, with six episodes still scheduled to be taped.

Most sitcoms like "Men" usually wrap production for a season by April and have between two to four episodes booked at any given time.

Assuming Sheen is out of rehab and ready to work within 30 to 45 days, CBS could easily spread the three produced episodes it has in the can over March and April without much pain. (One Monday in March will be filled by the NCAA basketball championships.)

There would then be enough time to produce new originals for the May sweeps. Sheen wouldn’t be needed back on the "Men" set until August or maybe even September.

But even if Sheen doesn’t return in time to produce new episodes this season, CBS is still in decent shape for the rest of the current TV season.

That’s because "Men’s" lead-out "The Big Bang Theory," has actually been drawing more young viewers at 9:30 than "Men" averages at 9 p.m. It’s not hard to see the network temporarily switching "Big Bang" to the anchor 9 p.m. slot and airing repeats of "Men" — or even more "Big Bang" — at 9:30.

Such a scenario would have the added benefit of letting CBS test out "Big Bang" as a 9 p.m. anchor in advance of setting its 2010 fall schedule.

Another possibility: Sheen could switch from inpatient rehab to an outpatient rehab program. He’d then be available to shoot "Men."

But what If Sheen isn’t available for the rest of this season? Then the question becomes: What about the six episodes that were set to be produced?

Warner Bros. TV would absolutely want to produce those half-hours at some point, since they’ve been sold into syndication and are thus worth tens of millions in backend profit. CBS and the studio could simply proceed without Sheen, at least temporarily. There’s a rich history of TV sitcoms moving on — both short-term and long-term — without their key stars.

"Good Times" explained the absence of James Evans (John Amos) for long stretches by having him take jobs outside of Chicago. When Suzanne Somers decided not to show up for work on "Three’s Company," her character of Chrissy was seen phoning in from time to time.

More recently, "24" survived the temporary loss of star Keifer Sutherland by altering its production schedule so that Sutherland could serve a jail sentence.

In the case of Sheen, producers could alway reach out to Charlie’s dad, Martin, who has appeared on the show before.

But beyond the short-term rehab issue, Sheen is also facing jail time in connection with domestic abuse charges from over the holiday.

Some media types have already started speculating about what would happen if Sheen were sent away for more than a few months — though given the history of celebrity justice in recent years, that seems a longshot.

If Sheen does get sent to the slammer for a year or two, rather than months or weeks, producer Chuck Lorre could decide to bring in a new comic foil for Sheen’s co-star, Jon Cryer. It would considerably alter the dynamic of the series, however.

Nonetheless, since CBS and Warner Bros. have a long-term deal in place keeping "Men" on the air through spring 2012, it’s doubtful they’d simply decide to kill one of the most-watched shows on TV simply because Sheen wasn’t available.

People close to the production said it was far too soon to start discussing long-term strategies since there’s just not much certain yet about Sheen’s fate. Warner Bros. TV and CBS also declined to comment beyond their joint statement.