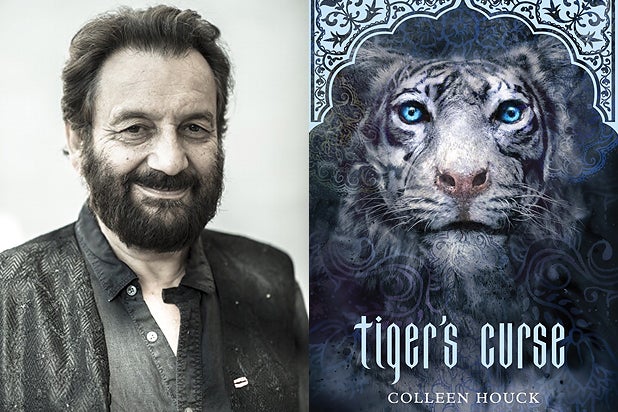 Shekhar Kapur will direct YA adaptation “Tiger’s Curse,” based on the series of novels by Colleen Houck, it was announced Monday.

“The Tiger’s Curse” follows teenager Kelsey Hayes, who learns that she has a powerful connection with a beautiful white tiger named Ren, while working at a circus in Oregon. When a mysterious stranger arrives to reclaim Ren and return him to his native India, Kelsey is whisked into an exotic adventure across the far reaches of the globe where she learns the powerful beast’s true identity – a prince who is the victim of a 300-year-old curse.

“Colleen Houck has created a brilliant story of a young girl’s journey through amazing adventures in the discovery of herself. Of who she really is,” said Kapur in a statement. “Yes there are tigers, amazing backdrops, heart stopping action and of course love. But at its center, is an enthralling exploration of a young American teenager’s heart. Her desires. Her fears. Her mission and how she wins. I am super excited to direct this film.”

Ineffable Pictures’ founder Raphael Kryszek and Jesse Israel will produce along with Lotus Entertainment’s Bill Johnson and Jim Seibel, and with Kapur directing. Lotus’ D.J. Gugenheim and Ara Keshishian are executive producing and Lotus will introduce the action/adventure to foreign buyers starting at AFM.