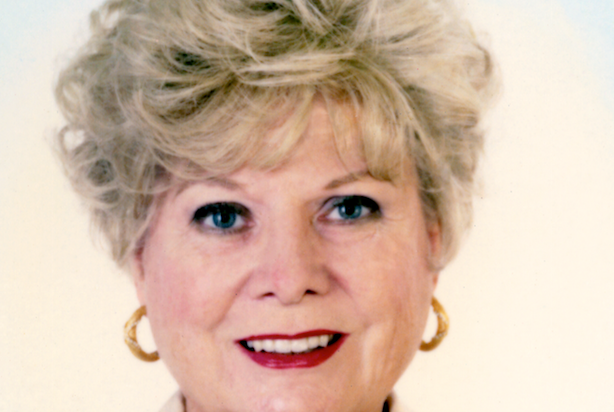 Sheila Allen, an actress who appeared in “Lost in Space” and the widow of “master of disaster” producer Irwin Allen, died at her Malibu home on Friday after a long battle with Pulmonary Fibrosis.  She was 84.

She played a central role in maintaining and expanding her husband’s legacy and the couple collaborated on numerous film and television projects over the years.

She appeared in three episodes of “Lost in Space,” which Allen created and produced, and played supporting roles in two of his biggest screen hits, “The Towering Inferno” and “The Poseidon Adventure.” Irwin Allen was best known for popularizing the disaster movie boom of the 1970s, which saw star-studded casts battling elemental, mechanical and other manner of catastrophes.

After Irwin Allen died in 1991 of a heart attack, Sheila Allen took over as the president of Irwin Allen Productions, where she developed documentaries, remakes and sequels based on the companies library of intellectual properties like “Voyage to the Bottom of the Sea”, “Land of the Giants” and “Lost in Space.” In 2006, she served as executive producer on Warner Bros. remake of “The Poseidon Adventure,” which was re-named “Poseidon” and was a box office disappointment when it premiered.

Sheila Allen began her acting career appearing on Broadway and in touring companies of shows like “Oh, Captain!” opposite Tony Randall and “Destry Rides Again” with Andy Griffith.

An opera aficionado, Sheila Allen was a prominent supporter of the Los Angeles Opera and the Young Musician’s Foundation. She also was involved in SHARE and United Friends of the Children, among other charities.

Sheila Allen is survived by her brother, C. J. Mathews, his family in San Diego, the T.K. Mathews family in Virginia, the Allen family of Massachusetts and the Miranda family in Los Angeles.

Funeral services will be held on November 22, 2013 at Forest Lawn Memorial Park.