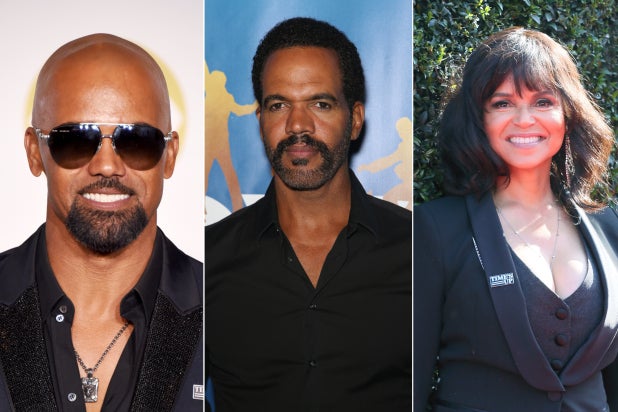 “The Young and the Restless” is getting the old band back together to remember the late Kristoff St. John, who died at his home in Woodland Hills, Calif. on Feb. 3 at the age of 52.

Entertainment Weekly was first to report that Shemar Moore (Malcolm Winters), Victoria Rowell (Drucilla Winters) and Mishael Morgan (Hilary Curtis Winters) have signed on to return to CBS’s long- running daytime drama in order to pay tribute to St. John, whose 27 year run on the show as Neil Winters began in 1991 and earned him two Emmys.

Only Moore will take up his original role as Neil’s brother Malcolm, which he left in 2014, in two episodes airing April 25 and 26. Rowell, who left the show in 2007 after 17 years playing Neil’s wife, and Morgan, who played another one of Neil’s wives from 2013 to 2018, will appear as themselves in a tribute episode to air April 29. The special will feature past and present cast members looking back on St. John’s life, playing clips of his best on-air moments, and sharing stories and memories.

St. John’s character was last seen in a Feb. 6 episode. As for how St. John’s death will affect the show’s storyline, a spokesperson for the show said in a statement, “Beginning in late April, Y&R will feature a storyline that pays tribute to both Kristoff and his character.” EW reports that his death will be addressed for the first time in the April 23 episode as the residents of the fictionalized version of Genoa City, Wisconsin learn of Neil’s passing.

“We all miss Kristoff immensely and are understandably still in a bit of shock,” executive producer Anthony Morina told EW. “Our hope is that this storyline and tribute episode airing in April will honor the legendary character Kristoff helped create, and provide our audience with the opportunity to say a meaningful goodbye to Neil Winters.”