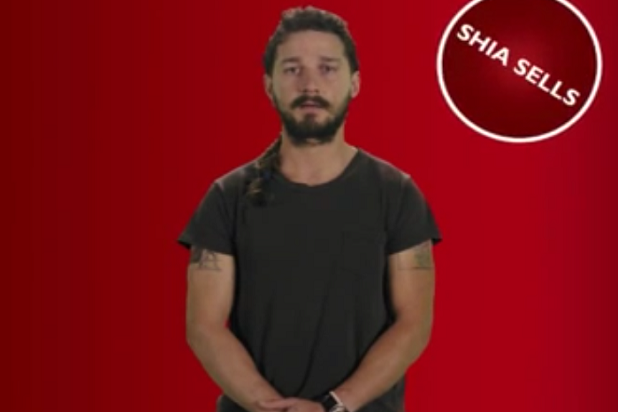 Shia LaBeouf‘s takeover of the art world is continuing along its delightfully bizarre path with his latest project.

The conceptual artist and occasional actor teamed up with fine arts students from the Central Saint Martins art school in London to unleash #Introductions on the world this week.

Heads, prepare to be scratched. Eyebrows, set yourselves to raised mode.

Also Read: Shia LaBeouf Slammed by Fashion Police But Gets a Pass From Judge

The new project involves LaBeouf providing — yup — introductions to the students’ work, resulting in spoken-word snippets on a number of topics. Such as the anonymity created by motorcycle helmets. And a mostly silent demonstration of the benefits of deep breathing. And dead jellyfish.

Oh, and a bogus ad for a plastic samurai sword.

Just nod and pretend it all makes sense.

#Introductions was included as part of CSM’s Degree Show One, which was livestreamed  on Tuesday.

In case you missed it, and have a spare hour or four to take a deep dive into LaBeouf’s latest art project, watch the video below or click here.