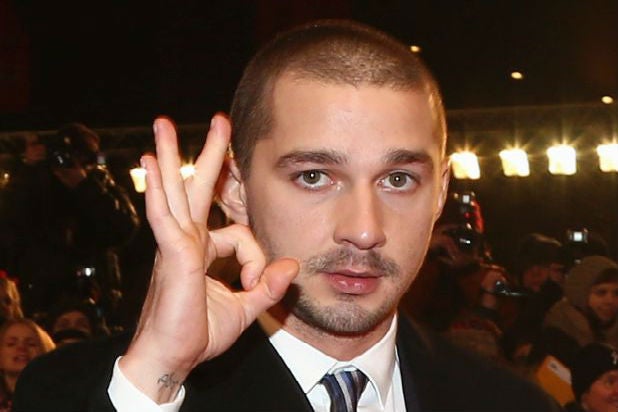 Shia LaBeouf caused quite a stir when he was escorted out of an evening performance of “Cabaret” on Broadway on Thursday night. According to the NYPD, who later charged the “Transformers” actor with criminal trespass and disorderly conduct, LaBeouf was being disruptive during the performance, smoking and appeared to be intoxicated.

Our @Cabaret_Musical Stage Manager last night at intermission : This is your places call and Shia Leboeuf has left the building in handcuffs

I feel you Shia: In 1993 I was carried out of Les Mis screaming because I couldn't handle the intimations of death.

"You know you're a fuckin' G when you're arrested during Cabaret." –Gillian Jacobs

Brace yourselves, kids – Shia LaBeouf is out of jail and already on the TKTS line!

shia's behavior is not "bad boy" it's "sick boy". this is mental illness. family needs to intervene before he hurts himself or others.