ARC Entertainment has released a new trailer for “Queen of Carthage,” a dramatic thriller starring Shiloh Fernandez and Oscar-nominated actress Keisha Castle-Hughes (“Whale Rider”) that will be released on VOD on Sept. 1. TheWrap debuts an exclusive look at the film above.

Mardana Mayginnes directed and co-wrote the film with Fernandez, who also produced with Colin Michael Day.

“Queen of Carthage” was executive produced by Barbara Newell, Castle Skipper Newell III and Tatiana Kelley, while Dot Kyle served as co-producer. The film made its world premiere at the 2014 Montreal Film Festival and boasts a score from Golden Globe nominee Brian Byrne.

Fernandez plays a young American who flees from a traumatic relationship with his sister and travels to Auckland, New Zealand in search of a better life.

By chance, he watches a singer, Graham, perform at a café, and instantly falls in love with him. Unfortunately for Amos, Graham’s girlfriend, Simi (Castle-Hughes), perceives him as a threat.

Faced with the prospect of returning to his old traumatic relationship, Amos takes extreme measures to ensure that his relationship with Graham is permanent.

“Queen of Carthage” will be released on major digital platforms such as iTunes, Amazon, DirecTV and Dish, as well as cable providers such as Comcast, Time Warner, Cox, Verizon, Charter and AT&T.

Fernandez starred opposite Amanda Seyfried in “Red Riding Hood” and opposite Shailene Woodley in “White Bird in a Blizzard.” He next stars in WB’s “We Are Your Friends” alongside Zac Efron and Emily Ratajkowski.

Check out the new “Queen of Carthage” poster below and let us know what you think of the trailer in the comments section. 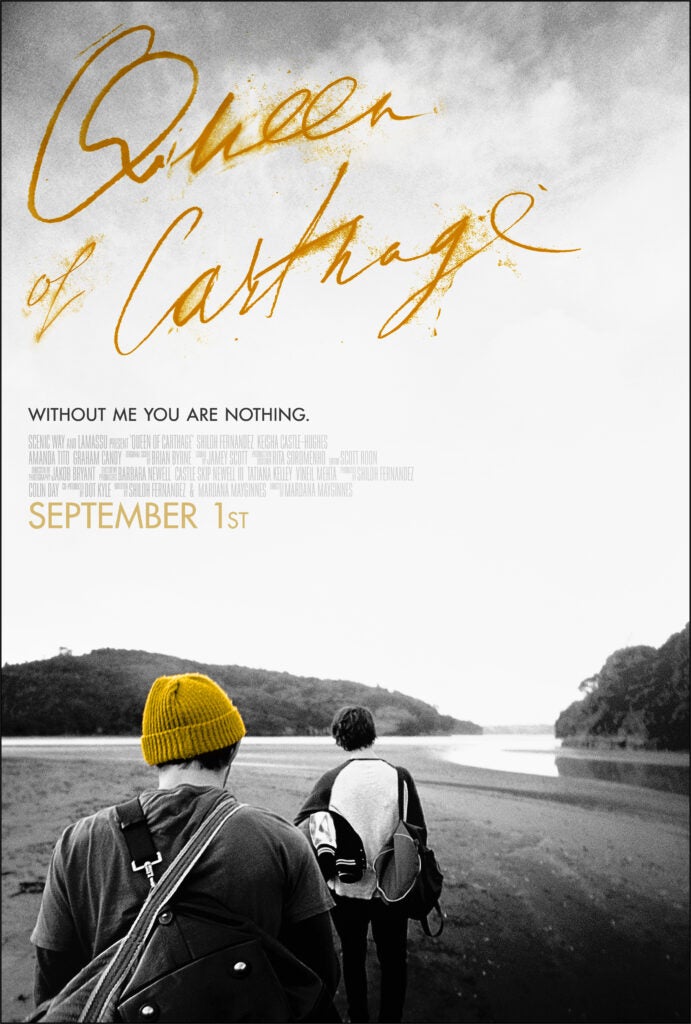