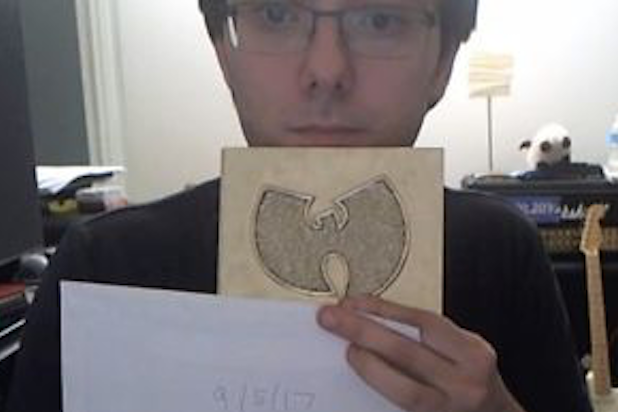 Good news for fans of the Wu-Tang Clan: You can now bid on a lone copy of their “Once Upon a Time on Shaolin” EP on eBay.

The bad news for fans of the Wu-Tang Clan: In the words of Ol’ Dirty Bastard, you’ll have to be “f—-n’ with the worst” to get your hands on it. “The worst,” of course, being Martin Shkreli, the disgraced “pharma bro” who was convicted of security fraud last month.

Two years after shelling out $2 million in an auction for the rare EP, Shkreli has taken to eBay to sell “on Shaolin.” After posting the disc — item condition: “like new” — on Tuesday night for $1, it shot up to nearly $100,000 as of Wednesday morning.

“I decided to purchase this album as a gift to the Wu-Tang Clan for their tremendous musical output. Instead I received scorn from at least one of their (least-intelligent) members, and the world at large failed to see my purpose of putting a serious value behind music,” said Shrkeli in the listing description. “I will be curious to see if the world values music nearly as much as I have. I have donated to many rock bands and rappers over the years to ensure they can continue to produce their art when few others would.”

Infamous for increasing the price of his AIDS drug by 5,000 percent, Shrkeli said he’ll be donating half of the final bid to “medical research.” And despite being convicted of securities fraud last month after swindling investors of millions of dollars, Shrkeli insisted he isn’t cash-strapped.

“I am not selling to raise cash — my companies and I have record amounts of cash on hand,” said Shkreli.

The 34-year-old was dubbed a “super villain” by Wu-Tang member Ghostface Killah after he bought the album in 2015. “On Shaolin,” came with a rider preventing the album from being played commercially until 2103 — although Shrkeli was free to play the CD for free at parties.

Buyer beware: Shkreli appears to be an aggravated seller, saying, “at any time I may cancel this sale and I may even break this album in frustration.” That’s not going to help his eBay rating.