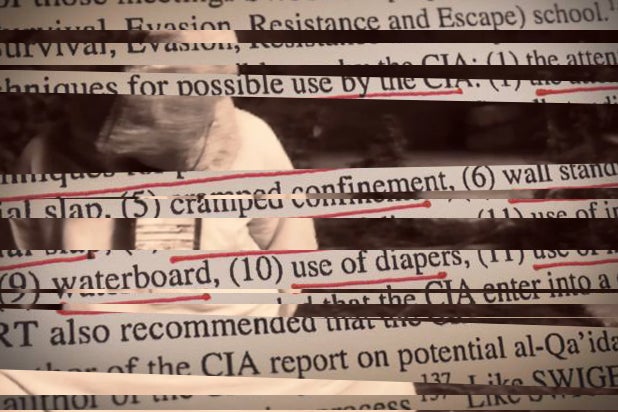 “Certainly there’s evidence that the CIA used her [Bigelow] effectively,” Kirk told Public Radio International host and senior producer Carol Hills. “We have an email – a behind-the-scenes email — where one person at the CIA is saying, ‘We have to get on this horse. We have to ride this horse — and her co-producer and writer.

“Because there has frankly been a war out there over the history of effective/not effective,” Kirk said. “And they all saw this and sold this moment where Osama bin Laden was killed as a proof-positive that the enhanced interrogation techniques had finally worked. And Bigelow, who’d just won an Oscar for ‘Hurt Locker,’ was a prime target of that effort.”

Hills noted that the architects of the program, John “Bruce” Jessen and James Mitchell, were paid $81 million to reverse-engineer military torture endurance training to outline the best techniques to extract information from detainees.

“Mitchell and Jessen, they created interrogation methods inspired by things the North Koreans and Chinese had done in the 1950s — absurd brainwashing efforts that we had always regarded as emblems of tyranny,” former White House intelligence adviser Philip Zelikow said in “Secrets, Politics and Torture.”

In the interview with Hills, Kirk described Jessen and Mitchell’s qualifications, the speed of the government’s approval of their contract and the techniques they developed.

Listen to the full interview here.

“Secrets, Politics and Torture” airs Tuesday, May 19 on PBS.