Hiroyuki Sanada and Cosmo Jarvis have been set as two of the three leads on FX’s limited series “Shōgun,” TheWrap has learned.

The 10-episode show is based on James Clavell’s novel of the same name and tells the story from both a Western and Japanese perspective. Sanada has been cast as Yoshi Toranaga, with Jarvis playing John Blackthorne. “Shōgun’s” third lead, the role of Lady Mariko, is currently being cast.

Written by Justin Marks and Rachel Kondo, “Shōgun” is set in feudal Japan and charts the collision of two ambitious men from different worlds and a mysterious female samurai: John Blackthorne (Jarvis), a risk-taking English sailor who ends up shipwrecked in Japan, a land whose unfamiliar culture will ultimately redefine him; Lord Toranaga (Sanada), a shrewd, powerful daimyo, at odds with his own dangerous, political rivals; and Lady Mariko, a woman with invaluable skills but dishonorable family ties, who must prove her value and allegiance. 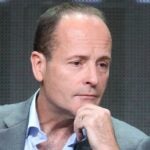 The married writers were brought on to revamp the project a few months after it was first ordered by FX in Summer 2018.

Prior to them joining, FX chief John Landgraf said the series would not be “exoticizing” Japanese culture when it was announced during a panel at the Television Critics Association press tour in August 2018.

“I referenced, I think, in my comments that it’s really told from multiple points of view, not just the singular Western, white male point of view, so it’s told through many Japanese points of view,” Landgraf said when asked how the show would avoid “exoticizing” feudal Japan, in comparison to the ’80s miniseries adaptation starring Richard Chamberlain. “And there’s a lot of really fun and fascinating work going on to try to balance the story out and tell it from both points of view.”