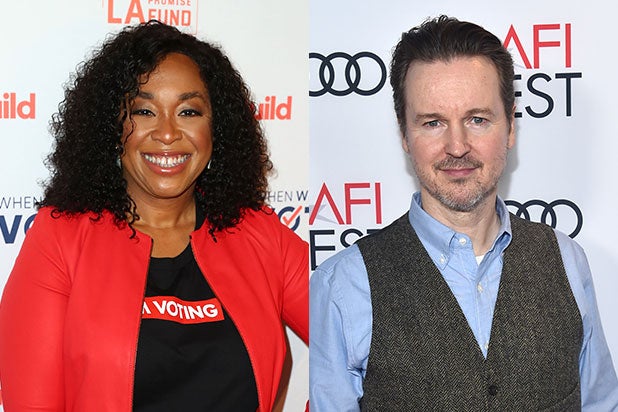 Shonda Rhimes and Matt Reeves will develop a feature film as well as a TV universe for Netflix based on Blake Crouch’s book “Recursion,” Netflix announced Thursday.

“Recursion,” which will be published on June 11, 2019, follows a brilliant female scientist who invents a powerful technology that allows people to reinvent their visceral memories. It gives people the chance to rewrite their entire lives — but of course, with the technology comes certain dangers.

“Projects like this are why I came to Netflix,” said Rhimes in a statement. “The opportunity to explore a multi-genre universe in innovative ways is extremely exciting. Matt and Blake both have the tremendous ability to build compelling characters and imaginative landscapes and I am thrilled to work alongside them.”

Reeves added, “Blake’s mind-bending novel presents an incredible opportunity to explore its expansive narrative simultaneously through both film and television. Netflix is uniquely suited for this ambitious undertaking and I can’t imagine a more exciting partner than the astonishingly talented Shonda Rhimes whose work I have admired for years.”

Crouch is a New York Times bestselling author, having written the book “Dark Matter,” for which he also wrote the script for Sony. He is best known for his “Wayward Pines” trilogy, which was also adapted in a 2015 television series of the same name.

Last year, Rhimes brought her Shondaland production company (founded also by her producing partner Betsy Beers) to Netflix under a multi-year deal. Also earlier this year, it was announced Netflix would get an exclusive first-look at any feature films directed and/or produced by Reeves under his production company, 6th and Idaho.