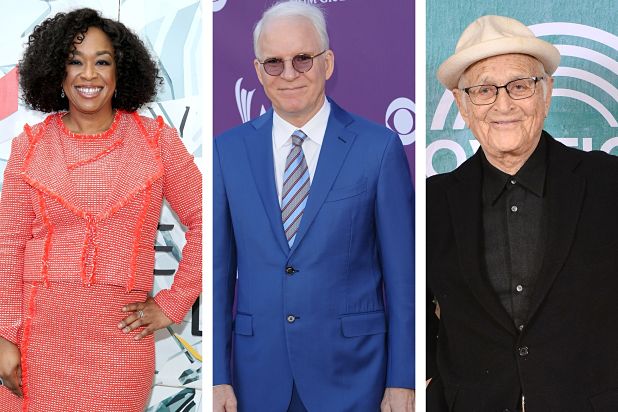 Shonda Rhimes set another series at Netflix on Tuesday — her ninth since signing a mega-deal with the streaming service in 2017 — and for this one, she’s teaming up with fellow Hollywood legends including Norman Lear and Steve Martin.

The new show, called “Notes on Love,” is described as “an episodic anthology series that ranges across genres and explores the unexpected, life-changing, euphoric, hilarious, surreal, and all-consuming places where love intersects with our lives.”

According to Netflix, “each installment comes straight from the unique lens of a prolific creative.” That lineup currently includes episodes from Martin; Lear and his writing partner Aaron Shure; Diane Warren; Jenny Han; real-life married couple Lindy West and Ahamefule J. Oluo; and Rhimes. The creative teams behind other Season 1 episodes will be announced at a later date.

“The first season will offer up stories about where love and marriage meet, specifically, examining what marriage is, what it means, and how it’s changing,” according to the streaming service’s description.